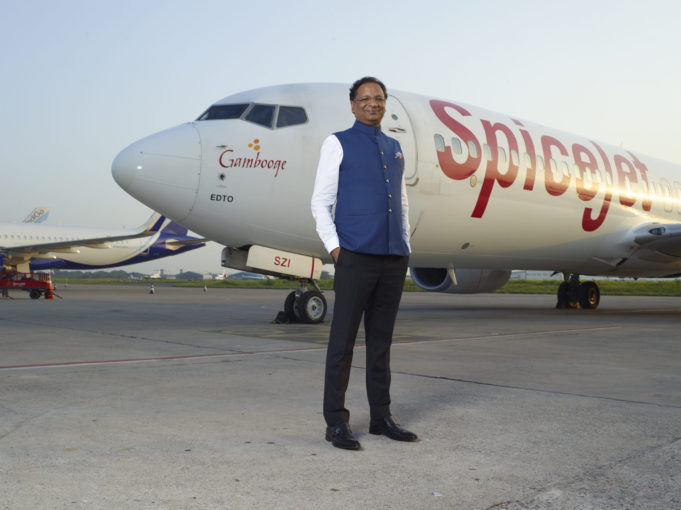 The airline brought back 240 passengers from London to Goa. The flight departed from London Heathrow airport at 8:00 am (local time) on August 20, 2020 and is scheduled to reach Goa at 11:50 pm (local time).

On its return leg, the airline will repatriate 89 passengers from Goa to London. The return flight from Goa will depart at 2:30 pm (local time) on August 21, 2020 and is scheduled to arrive in London at 7:45 pm (local time).

This is the airline’s fourth long-haul charter flight after Amsterdam, Toronto and Rome.

“These flights have helped Indian and foreign nationals stranded for months to get back home. SpiceJet will be operating many more long-haul repatriation flights in the next few days,” said SpiceJet Chairman & Managing Director Ajay Singh.

SpiceJet has played a key role in repatriating Indians and foreign nationals during these difficult times. The airline has operated over 585 charter and Vande Bharat flights to help repatriate close to 95,000 stranded Indian citizens and  foreign nationals to and from countries such as Italy, Canada, Philippines, Kyrgyzstan, Kazakhstan,  Russia, Netherlands, UAE, Saudi Arabia, Oman, Qatar, Lebanon, Bangladesh, Maldives, Uzbekistan, Turkmenistan and Sri Lanka.

Amidst the greatest crisis ever to hit global aviation, SpiceJet has emerged as India’s No. 1 cargo company. The airline has operated over 5665 cargo flights and transported over 31263 tons of cargo – this is more than double of all domestic airlines combined together – carrying medicines and medical equipment and fruits and vegetables to all corners of India and the world since March 25, 2020.

SpiceJet is India’s favourite airline that has made flying affordable for more Indians than ever before. The airline has a fleet of 74 Boeing 737, 29 Bombardier Q-400s, eight B737 & Bombardier Q-400 freighters and is the country’s largest regional player operating 49 daily flights under UDAN or the Regional Connectivity Scheme. The majority of the airline’s fleet offers SpiceMax, the most spacious economy class seating in India.

Artificial Intelligence Can Be Leveraged To Solve Real-world Problems

Emirates Rated As The Safest Airline To Fly During Pandemic Times