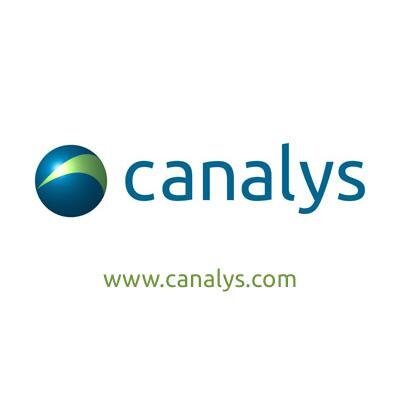 Bengaluru, NFAPost: Amid dramatic growth of ecommerce platform for retailing, Google cloud has emerged as the number one choice of retailers for their cloud service, states Canalys.

The report assumes significance as the cloud business and services are registering exponential growth worldwide. Google achievement is significant as the company has outpaced the overall market leader AWS and second-placed Microsoft Azure.

As part of the report, Canalys assessed the top cloud service providers’ performance in the retail and ecommerce sectors by looking at vertical-specific solutions, key clients, technology partnerships and overall strategies in the sector.

The report states that Google Cloud appears in the leader zone in the vertical assessment model. The growth of Google assumes significance as the success comes from its vertically-aligned strategy, with retail being one of its core segments.

It recently expanded its partnership with Best Buy, which has named Google Cloud as the provider of its data enterprise platform in a multi-year agreement.

Google Cloud’s client portfolio has many of the world’s leading retailers, including Costco, Germany-based Metro and Target. By using its strength in advertising and search, Google Cloud can offer retail customers much more than compute and storage.

The global tech giant positioning in the retail space comes at a time when the Covid-19 pandemic has really toppled the fortune of retail business. To reduce the impact, many retailers have adjusted by leaning on their ecommerce capabilities.

Those who are running offline stores are bleeding as their capex expenditure are growing at the same time customer footfall and labour availability reduced dramatically. As ecommerce demand grows, retailers are looking to cloud service providers to support and grow their businesses and arm them with key technologies.

These firms are relying on the cloud service companies for their compute and storage capabilities in addition to retail-specific solutions and support teams.

According to Canalys Research Analyst Blake Murray said retailers need proof that their cloud service provider can support them not just by growing, but also by driving platform innovation.

“A provider that has specialised support teams and an ecosystem of partners innovating on its behalf gives customers confidence in the relationship,” said According to Canalys Research Analyst Blake Murray.

The report finds that cloud players like Microsoft Azure, AWS and Alibaba Cloud have come up with advanced abilities to serve retailers for their various requirements. Azure is well established among enterprises and offers over 2,000 retail-specific applications through its partner network.

AWS brings long-standing experience in retail and offers a unique retail competency program that validates a partner’s technical proficiency and customer success. But Amazon, in general, remains a major competitor to the retail sector.

Canalys Research Analyst Blake Murray said due to competitive aspect, many major retailers have opted to work with other cloud service providers.

“Alibaba Cloud is expanding from its dominant presence in China to build infrastructure and partnerships in Europe and other markets. But the continued division between China and the west will make it difficult for Alibaba to make inroads in some countries,” said According to Canalys Research Analyst Blake Murray.

Commenting on the report, Canalys Senior Director Alex Smith said now more than ever, retailers need a digital strategy to win in an omnichannel world, especially with Amazon’s online dominance.

“Digital is applied everywhere from customer experience to cost optimization, and the overall technological capability of a retailer is what will define its success,” said Canalys Senior Director Alex Smith.