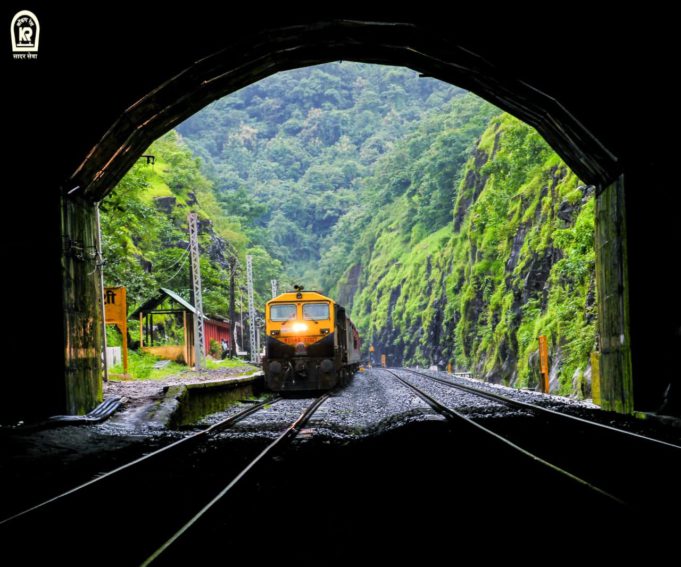 Hyderabad, NFAPost: While the COVID-19 pandemic has thrown life out of gear, small-time traders, daily labourers and people on the economic borderline have been the worst affected.

While the economic slowdown has only made a hole in the deep pockets of many, it has robbed the only means of survival for a majority in the country. As always, it has been the Indian Railways which has come to the rescue, yet again.

By running Shramik Special trains to Cargo Expresses to Time-tabled freight trains, Indian Railways has lent a helping hand in times of distress to the needy. Surging ahead, Indian Railways rolled our a freight train – Vyapar Mala Express – to help small-time traders transport their goods and produce to places.

The Vyapar Mala Express is for transportation of less than train load cargo – a special type of cargo service where traders can book part of the goods carrying rake as per their requirement or supply order.

The first train which left from Delhi Kishanganj station of Northern Railway to Jirania station in Tripura under Northeast Frontier Railway reached its destination yesterday.

This facility by railway is a golden opportunity for small and medium business houses/traders to transport their produces / products to any part of the country by railway speedily within a short time.

In the very first such initiative, a 46-wagon wheat load was loaded from Goniana station of Punjab. Then, 10 wagons of rice and two wagons of pulses were loaded from Delhi Kishanganj station by local traders. The train then left for Jirania.

The Vyapar Mala Express which started on August 1 from Delhi Kishanganj station reached Jirania on August 3, covering a distance of 2360 km in 68 hrs only.

The new initiative has now provided ample scope to traders to transport perishable items also through this type of faster and environment-friendly mode.

It is evident that this new initiative by Indian Railways provided a golden opportunity for small and medium business houses of the entire North East region to further flourish their business activities.

The initiative is also a boon for common people, who will also get a reduced cost and time of transportation.