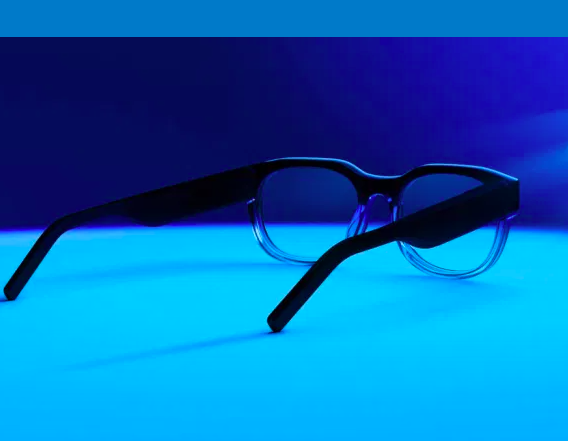 Bengaluru, NFAPost: Google which started its AR journey along with other global tech giants since 2013 is getting another shape with the acquisition of Canadian Focals AR glasses maker North.

Alphabet is reportedly made the acquisition of AR smart glasses maker North in a deal worth around $180 million. The acquisition will further boost the company’s efforts to popularize AR glasses which the company has been attempting between 2013 and 2015 with Google Glass.

Google made the acquisition announcement via a posting by Rick Osterloh, Senior Vice President, Devices & Services, stating from 10 blue links on a PC, to Maps on your mobile phone, to Google Nest Hub sharing a recipe in the kitchen, Google has always strived to be helpful to people in their daily lives.

“We’re building towards a future where helpfulness is all around you, where all your devices just work together and technology fades into the background. We call this ambient computing,” stated Rick Osterloh, Senior Vice President, Devices & Services.

Google Glass development had a tumultuous journey as privacy concerns contributed to its winding up as in January 2016 Google closed its Glass social media accounts. The company also stopped the Explorer programme and stopped selling Glass. Later Google executive chairman Eric Schmidt said that the move wasn’t meant to imply that Google was sticking a fork in its internet-connected eyeglasses. The company came up with an action plan to continue Glass related research around AR.

“North’s technical expertise will help as we continue to invest in our hardware efforts and ambient computing future.” said Rick Osterloh, Google senior vice president of devices and services.

Founded in 2012, North started shipping its first smart glasses, Focals 1.0 glasses, to the US two years back. The company received an overwhelming response to the product as the Focals look so much like regular glasses and they are much more socially acceptable.

Focals are prescription eyeglasses with a nearly-normal look. Similar to smartwatches, they pair to wearers’ phones through Bluetooth in order to display notifications, provide directions, or call an Uber. Focals are also equipped with a speaker and can chirp notifications at you. All of this means that you can mysteriously know what’s been said in a chat, without taking out your phone, since the messages have been beamed to your eyeballs.

According to Arvian Research tech analyst, the decision of Google to acquire North is another step towards achieving mastery over ambient computing and will set another history in wearable glass.

“Ambient computing is a concept that refers to technologies that allow people to use a computer or Internet-enabled devices without actually realizing they are doing so. At Made by Google 2019 event, the company has made its interest clear that it is interested in ambient computing. It further resulted in Google purchasing Fitbit, an America-based smartwatch company in 2019,” said Arvian Research analyst.

The company also came up with its next gen Focal 2.0 glasses during the CES in January, I. But at the same time Google glass headset users tried to tune out the real world, which made many people uncomfortable in interacting with wearers. Many gyms, workplaces, and restaurants decided to ban Google glass the users did hands-free recording of those who were around.

“We couldn’t be more thrilled (than) to join Google, and to take an exciting next step towards the future we’ve been focused on for the past eight years.” stated North co-founders Stephen Lake, Matthew Bailey, and Aaron Grant.

Apple, Facebook, Amazon, and Microsoft are all building out their AR capabilities in an attempt to capture the emerging market. Amazon, for instance, offers AR to help customers virtually place furnishings in their homes through smartphones, while Microsoft works with healthcare providers to give clinicians visualization tools through its HoloLens AR headset.

Google is all set to launch the North 3.0 as the company is further strengthening its capabilities in the emerging area. The company also would like to leverage Google’s next generation of Wear OS.

The Google Glass is facing competition from Snapchat’s Spectacles and Facebook’s Oculus, which is already launched in September 2019 blending it with live mapping with the physical world via digital imaging. Apple already announced the launch of its own AR glasses in 2023.