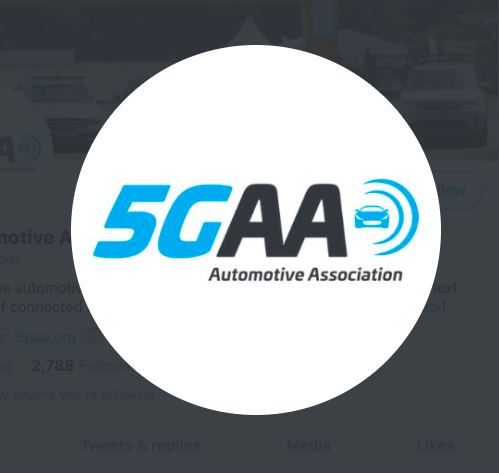 According to PRNewsWire report, members Audi and Applied Information announced a new joint initial C-V2X deployment in Alpharetta, Georgia, sealed by a memorandum of understanding.

C-V2X, which allows vehicles to “talk” with other vehicles and the infrastructure on the roadways, is an essential enabler for a safer and more efficient transportation system.

Combining both low-latency direct communications in the 5.9 GHz ITS spectrum band (not requiring network coverage) and mobile network communications, C-V2X deployment is now a reality in multiple locations across the United States.

The wide deployment of C-V2X, and its direct evolution path towards 5G-V2X, will support the mass-deployment of both basic advanced driving use cases in the upcoming years, as outlined in 5GAA’s Visionary 2030 Roadmap.

The signature by Audi and Applied Information of a Memorandum of Understanding for a new initial C-V2X deployment in Alpharetta, Georgia underlined the acceleration of C-V2X on-going deployments across the US, pending a decision by the Federal Communications Commission (FCC) on the NPRM for the modernization of the 5.9 GHz band, including allocation of spectrum to C-V2X.

Applied Information President and Executive Director of iATL Bryan Mulligan said the team is pleased to be working with Audi and Temple to help bring this advance in vulnerable road user safety to the community.

“Using connected vehicle technology to improve safety in school zones and at the bus stop are prime examples of the benefits that can be derived for the public through partnership and collaboration,” said Applied Information President and Executive Director of iATL Bryan Mulligan.

Audi of America Connected Services Pom Malhotra said Audi is looking forward to working with Applied Information and the city of Alpharetta to use technology to make roadways safer for some of its most vulnerable users – school children.

“As a leader in connected-vehicle technologies, it makes all the sense in the world to leverage our resources to benefit our communities all over the U.S. and beyond,” said Audi of America Connected Services Pom Malhotra.

It works together to develop end-to-end solutions for future mobility and transport services. 5GAA is committed to helping define and develop the next generation of connected mobility, automated vehicle and intelligent transport solutions based on C-V2X.

C-V2X communication technology is now deployed on Virginia roadways, thanks to the combined efforts of 5GAA members Audi of America, Qualcomm, American Tower Corporation and Commsignia in partnership with the Virginia Department of Transportation and the Virginia Tech Transportation Institute.

The deployment of C-V2X on the Virginia Smart Road Corridor allows a new generation of vehicles capable of communicating not just through cellular towers but also directly with roadside infrastructure and vulnerable road users. The C-V2X implementation in Virginia aims at improving traffic signal information but also work zones and roadside worker safety, where accidents result in more than 700 fatal crashes and 45,000 people injured each year. This initial deployment sets the stage for potential broad deployment across the U.S.

“We are proud of the work we’ve done with Audi of America, VDOT, American Tower Corporation, VTTI and Commsignia to not only showcase momentum and value of C-V2X to communities and stakeholders, but to also innovate on deployments such as these to continue opening paths to widespread adoption,” said Jim Misener, senior director, product management, Qualcomm Technologies, Inc. “The Virginia deployment is a significant milestone, serving as a successful proof point showing public and private organizations working together to apply C-V2X to achieve transformative safety and mobility benefit.”

Initiated in 2019, C-V2X deployment in Alpharetta entails a variety of applications including Emergency Vehicle Pre-Emption, Get-Ready-For Green and Red-Light Warning, while Traffic Light Priority for Cyclists is being developed for deployment. Powered by Applied Information’s TravelSafely app, it will for instance alert red-light runners about to commit an intersection violation, which are responsible for 28% of US fatal accidents.

There are already more than 125 intersections equipped with C-V2X as a result from the collaboration between Applied Information, the City of Alpharetta as well as the North Fulton Community Improvement District (CID). “Our investment in connected vehicle technology is providing immediate, life-saving benefits to the community,” said Kerry Armstrong, Chairman of the North Fulton Community Improvement District. “As a result of the deployment, our paramedics and firefighters have seen an 18% reduction in response times and improved safety while responding to a call.”

A new C-V2X deployment is under way in Arlington, with 31 contiguous intersections equipped along one of the city’s major thoroughfares. Arlington, in partnership with Applied Information, strives to create a smoother and safer commute along Cooper Street as part of the city’s ongoing efforts to enhance regional mobility and put technology to work. “As our city continues to grow and prosper, we realize the value of investing in smart infrastructure and technology to help our residents and visitors travel to their destinations more safely and as efficiently as possible,” Public Works and Transportation Director Keith Brooks said.

Automated traffic signal performance measure devices along these intersections are collecting and analyzing signal and safety information in real-time. Drivers can receive the information directly through Applied Information’s Get-Ready-For Green and Red-Light Warning applications as well as the Railroad Crossing Alert in the TravelSafely app. Through the app, drivers along Cooper Street can be notified that traffic has slowed or stopped due to a train approaching level crossings. As more than 2,000 train-vehicle collisions occurring across the country each year, half of which result in serious injuries or casualties, this new C-V2X use case offers great prospect to improve safety around these risk areas.

Following successful tests in Michigan’s MCity since 2019, Verizon is now deploying 5G-V2X mobile network communications, including Mobile Edge Computing (MEC), in several cities including Boston, the Bay Area, Atlanta, Washington D.C. and New York. The live 5G networks and MEC capacity, with throughput at least 10 times faster than 4G, can support the next generation of V2X use cases such as Teleoperations and Data Orchestration that require ultra-low latencies.

A panel discussion was also held during the event — including representatives from Ford Motor Company, Audi of America, Texas DOT, Atlanta DOT and Contra Costa Transportation Authority, and led by 5GAA Board Member Qualcomm’s Jim Misener.