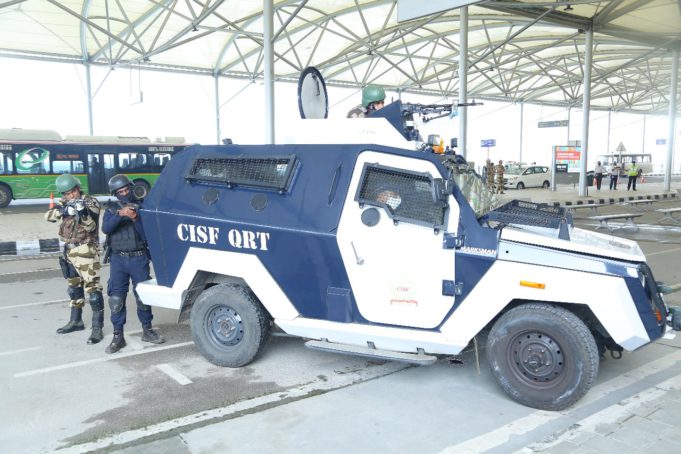 The drill was conducted at the western departure ramp of  the Airport, involving key airport stakeholders including Octopus (Telangana Anti-Terrorist Squad), local police among others.

During this drill a mock terror situation was simulated as per the SOPs with activation of relevant security protocols leading to successfully neutralizing of the mock terrorists.

Hyderabad International Airport comes under Hypersensitive Airport category in India and such drills are conducted on a regular basis to ascertain the preparedness level of all key stakeholders at the airport in tandem with local authorities to ensure and impart a sense of confidence among the authorities as well as passengers.

Before the full scale Counter terrorist contingency, a table top exercise with all stakeholders was conducted on October 19 involving all the stakeholders including Octopus and local police.