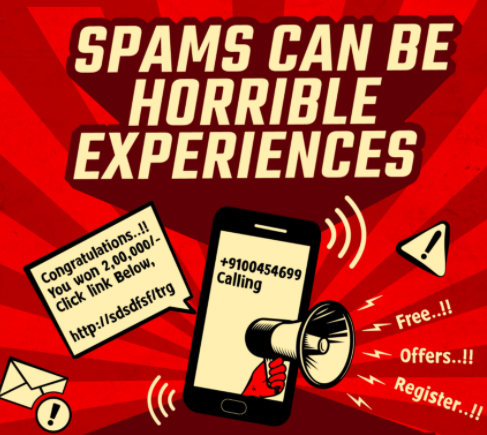 Bengaluru, NFAPost: Truecaller has announced that the number of spam calls in India is increasing at an alarming rate. The company had identified 29.7 billion spam calls and 8.5 billion spam messages that were received by Android phone users in the year 2019.

The findings are based on ‘Year in Calling’ report which the company publishes every year that signifies the statistics about the usage of the app across various countries and demographics.

The Truecaller report assumes significance as mobile penetration is growing at a fast pace in the country, especially in rural areas. Also, the government has come up with the Digital India programme via which citizens will get access to all services via mobile. As there is a spike in smartphone users and internet penetration there is a steady increase in the number of spam calls and spam messages in India.

This spam indicator comes with three different kinds of reports on a particular spammer. When the user clicks on the profile image of the spam call, they will be provided.

This report provides information on the number of times that particular spammer number was marked as spam by the users.

This is a crucial report that indicates the users on the number of spam calls made by that particular spammer recently. That deliberately shows the intensity of the spammer or the spam call.

This is a time chart that signifies on what time of the day the spammer is active and generating spam calls.

The biggest surprise of the report came from the form of a spammer. The company also revealed that mobile operators are the terrible spammers along with emerging fintech companies, insurance companies and other telemarketing services across the country.

Besides, Truecaller curated a separate report on nuisance calls for women, where it indicates its critical findings that 8 out of 10 women in India receive nuisance or inappropriate spam calls or SMS.

The company has also facilitated a way for the app users to stay safe and secure from fraudsters by flagging in red on the spammer’s number. The feature not only helps the users who indicate fraudsters but also millions of other app users who could be notified when they receive a call from those fraudsters.