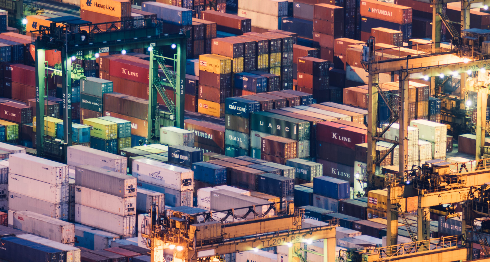 Bengaluru, NFAPost: Flowing to where afflictions ebb India’s exports growth in a pandemic-dominated world appears to be inversely related to the rise in Covid-19 cases in its export destinations.

Put in another way, exports are flowing back to economies that have checked the affliction. That explains why, exports to certain economies are looking up, while overall exports per se are still declining, though at a slower pace.

India’s exports as well as imports have consistently declined since March 2020, ever since the pandemic disrupted business activity and global trade as well as domestic demand.

But the pace of decline is slowing, especially for exports. From a trough of -60.2% on-year in April it turned to -10.2% in July. (Imports remain much weaker, though, reflecting lower prices of petroleum products as well as weak domestic demand – but that is another story).

The reason is a sharp rise in exports to economies which have been able to control the pandemic.

Latest country-wise data for June shows high growth in India’s exports to China (78% on-year) and other east Asian economies (constituting ~16% of our export basket). These include Malaysia (76%), Vietnam (43%) and Singapore (37%). Most of these economies had flattened the Covid-19 caseload curve in this period.

In contrast, exports declined to western economies such as the United States (US), Brazil and the United Kingdom, which saw a much higher caseload and were struggling to control it.

The inference? Export prospects for this fiscal will pivot on the trajectory of the Pandemic across countries. It will rise to countries that have controlled their caseload and restarted activity.

China is a case in point. China entered and controlled the pandemic much earlier than other economies. Its cases peaked in February, post which economic activities resumed, particularly in manufacturing and construction. China’s gross domestic product GDP grew 3.2% on-year in April- June quarter, in contrast to sharp declines reported in other major economies.

This raised its import demand from the rest of the world, including India. It’s no coincidence then that India’s exports to China have grown in double digits since May. Industrial commodities such as iron and steel, ores, and organic chemicals were the key drivers of this rise (data available till May).

In contrast, India’s import from China continue to decline, owing to weaker domestic demand and import restrictions. This sharp rise in exports relative to imports has significantly brought down trade deficit with China as well.

That’s a small illustration that goes to show the trajectory of the pandemic is becoming an overriding determinant of economic prospects, including external trade, this year, as it forces lockdowns, disrupts economic activities, and weakens income growth.

Unfortunately, the peak of the pandemic remains uncertain, with some economies still struggling to control it, some seeing a second wave, and a vaccine is still some time away. So there’s no telling if this pickup in exports will last
or not – but we could read the cues from closely watching the domestic and global spread of the pandemic in coming months.