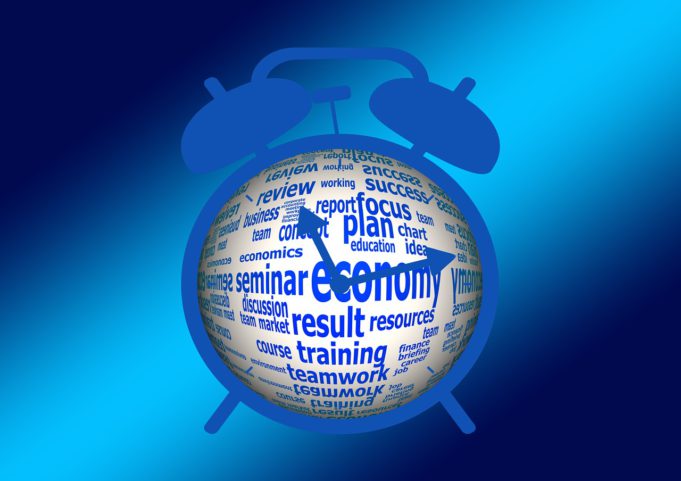 Chennai, NFAPost: The current COVID pandemic is now spreading at a much faster rate in India post the opening up of the economy. The Good News is that GDP growth, which was estimated for Q1FY21 at lower than -20%, is now pegged at much lower contraction – 16.5%, though with the relevant caveats in the current uncertain scenario.

According to a research report from the State Bank of India’s Economic Research Department – The Good: Q1 GDP will be significantly better; The Bad: Rapid COVID surge in rural hinterland; The Ugly: Lives vs lives debate at centrestage with all; Quarters in FY21 to witness large GDP degrowth, authored by SBI Group Chief Economic Adviser Soumya Kanti Ghosh, degrowth in Corporate GVA is significantly better than revenue degrowth in Q1FY21 as far as the results of the listed companies are concerned.

In principle, revenue decline of listed companies has been far outstripped by cost rationalisation thereby not impacting margins. “Our Composite Leading Indicator and Monthly Acceleration Tracker also support the same. Our Business Disruption Index has also shown a  decline in the most recent week. However, rural recovery is unlikely to support such pace in subsequent quarters as overall, the per capita monthly expenditure in urban areas is at least 1.8x of rural areas and rural wage growth in real terms might still be negative. This indicates that rural recovery will not have much impact on GDP growth. Thus, it is of utmost importance to unveil further steps to support growth,” the report said.

Mentioning about Bad News, the report pointed out that over the months of July and August the virus has now significantly penetrated the rural areas. The percentage of cases in rural districts to total new cases has risen to 54% in August. Also, the number of rural districts with less than 10 cases have reduced significantly.

Andhra Pradesh and Maharashtra have been impacted more severely with increasing penetration in rural areas. These districts contribute mostly around 2-4% of GSDP of their respective States, indicating that cases are penetrating deep rural hinterlands.

An analysis of positivity rate and test per million indicates that in the states like Maharashtra, Gujarat, Telangana, Bihar and West Bengal, the positivity rate is significantly high but tests per million are quite less. This indicates that in these states the peak has not yet come and the situation will remain grave till the time number of tests increase significantly.

Going purely by data, there may not be any direct causation between recovery rate and peak rate across countries as Brazil reached its peak rate at 69% recovery rate. However, for the sake of it, the average recovery rate that corresponds to the peak rate is 75% across countries.  Currently, India’s recovery rate is around 71%. However, that may not be the end of the story. In the US, the peak has come twice. Apart from this, the current doubling rate in India is around 22 days, with the world average at 43 days and India also has the highest death per million rate amongst major Asian economies.

The spread of the COVID pandemic has reignited the debate between lives and livelihood to between lives and lives. “We estimated the state-wise additional mortality in addition to COVID mortality due to a 10% decline in State Domestic Product (the average across all states is 16%). The results are worrisome and indicate that mortality rates may increase by 0.5-3.5% additionally as we are navigating through COVID by imposing restrictions on livelihoods through unplanned exit from lockdowns and unplanned entry into fresh lockdowns across states. Infact, the isolation beds per 1 lakh population is significantly low in several states like UP, Bihar, West Bengal, while it is highest in Karnataka followed by Maharashtra,” the report stated.

Using the bottom-up approach, the report said that it estimated total GSDP loss due to COVID-19 is at 16.8% of GSDP.

State-wise analysis indicates that top 10 states accounted for 73.8% of total GDP loss with Maharashtra contributing 14.2% of total loss followed by Tamil Nadu (9.2%) and Uttar Pradesh (8.2%).  Subsequently, the per capita loss for all India is around Rs 27,000 with states like Tamil Nadu, Gujarat, Telangana, Delhi, Haryana, Goa, etc. exhibiting loss of more than Rs 40,000 per person in FY21. All these numbers do foretell that our earlier GDP estimate at  -6.8% has already been significantly overshot in FY21, the report said.

Lockdown and non-availability of data have led to NSO estimating the various components of CPI Inflation. However, this has been a pure statistical exercise by NSO that under reports the headline CPI. “In principle, we need to account for changes in consumption habits during lockdown as services are not getting consumed. Based on adjustments, as per our SBI Computed COVID CPI, the actual headline inflation is much higher than the imputed inflation. This has already been substantiated by NSO CPI data revisions in June, and our estimates show that July CPI could be higher than 7.5%, instead of 6.9% computed,” the report said, adding that the bottom line of such is that a negative GDP and a jump in inflation are only pushing back real consumption and hopes of recovery are fading.