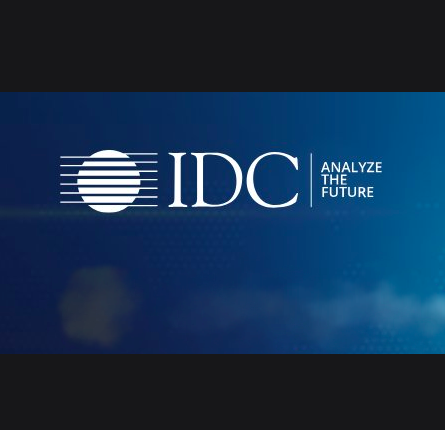 Bengaluru, NFAPost: India witnessed all-time growth of 105.5% in the purchase of notebook during Q2 of fiscal 2021 and at the same time purchase of desktop came down to a historical low, states a new data from the International Data Corporation (IDC) Worldwide Quarterly Personal Computing Device Tracker.

Most IT services, global enterprises, and consulting companies placed large orders for notebook PCs. SMBs also increased their procurement of notebooks with relatively moderate growth of 12.1% YoY in 2Q20.

At the same time, India’s traditional PC market including desktops, notebooks, and workstations declined by 37.3% year-over-year (YoY) in the second quarter of 2020 (CY 2Q20), closing the quarter with a total of 2.1 million units.

The IDC studay states that large decline was an outcome of an unfavourable YoY comparison against 2Q19, which was the biggest quarter in the past five years as Lenovo executed one mega-deal of 1.1 million units to Electronics Corporation of Tamil Nadu (ELCOT).

Outside this deal, the PC market saw an annual decline of 6.3% in 2Q20. In the product categories, desktop PCs were the most impacted with a 46.4% decline. However, discounting Lenovo’s ELCOT deal, notebooks grew 17.6% from the same time a year ago.

Enterprise customers went for a buying spree as India went for a nationwide lockdown forcing everyone to work from home, resulting in strong demand for notebooks as enterprises rushed to ensure business continuity by providing its workforce with the required infrastructure to work at home.

Most IT services, global enterprises, and consulting companies placed large orders for notebook PCs. To take on the demand, a few enterprises even reduced desktop buying and even converted a few orders to notebooks. SMBs also increased their procurement of notebooks with relatively moderate growth of 12.1% YoY in 2Q20.

IDC India PC Devices Market Analyst Bharath Shenoy said the demand for notebooks exceeded expectations with most of the vendors exiting the quarter with minimum inventory.

“Despite the supply and logistics challenges in the first half of the quarter, companies executed most of the large orders in 2Q20. Also, many companies shifted their employees to notebooks for the first time; this change is surely going to alter their procurement strategy in the long term with a mix of in-office and remote workforce becoming a reality for many organizations,” said IDC India PC Devices Market Analyst Bharath Shenoy.

The consumer segment had a relatively small quarter since the market was operational for just 45 days due to countrywide lockdown in the first half of the quarter. However, strong demand from eLearning was able to cover the gap to some extent.

The overall consumer segment saw a YoY decline of 21% but was able to recover from the previous quarter’s low with 3.3% quarter-over-quarter (QoQ) growth in 2Q20. Online buying played an important role in this quarter; as a result, vendors shipped almost one-third of their PCs to online channels.

HP Inc. retained the top position in the overall PC market with a share of 32.8% in 2Q20. HP’s strong performance in the commercial segment was supported by a few large wins and helped the company to maintain its lead in the overall PC category. Also, amongst the top five companies, it was the only company to have a positive annual growth rate in the commercial segment, as its shipments grew 11.8% YoY in 2Q20.

Lenovo replaced Dell in the second position despite witnessing a 62.7% decline in its overall shipments. Outside of the ELCOT deal, the company had a very good quarter with its shipments growing 31.6% YoY, mainly supported by growth in the SMB, enterprise, and consumer segments.

Dell Technologies finished the quarter in the third place while declining 21.8% YoY, mainly driven by the strong decline in its desktop shipments. Despite this, it was able to secure the second position in the enterprise segment.

Acer Group retained the fourth position with a 9.9% market share in 2Q20. It was carrying a backlog of certain orders that finally got shipped in this quarter. This helped the company to secure the leading position in the commercial desktop segment. However, its overall shipments saw a 34.7% decline when compared to the same time a year ago.

ASUS maintained the fifth position and registered an impressive 55.5% YoY growth in the overall PC market. ASUS also emerged as the third-largest consumer brand replacing Dell this quarter. Its aggressive offline expansion with its extended thin and light portfolio worked in favor of the brand.

Commenting on the outlook for the coming quarters, IDC India Client Devices Associate Research Manager Jaipal Singh states most of the big orders for business continuity planning have been more or less executed in the quarter gone by.

“The PC market is now expected to face challenges posed by the COVID-19 crisis and the looming economic situation. Enterprise buying will come back down to earth and SMB demand is expected to remain muted for some quarters,” said IDC India Client Devices Associate Research Manager Jaipal Singh.