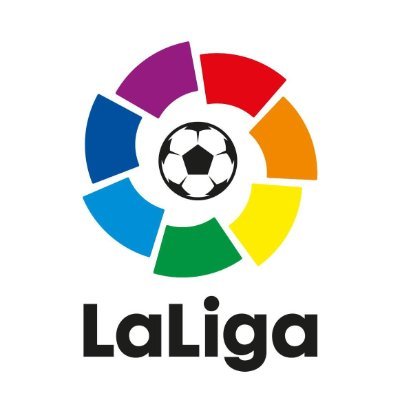 Hyderabad, NFAPost : Transparency International Spain (TI-Spain), with the collaboration of LaLiga and its clubs, has published the results of the Third Edition of the Professional Football Clubs Transparency Index 2019 (INFUT 2019), an index through which the LaLiga clubs became the first private sector entities to voluntarily subject themselves to this type of assessment by TI Spain in 2015, with the results being published openly by the organisation.

As such, it is an index with a positive aim through which LaLiga’s clubs have consolidated a genuine culture of corporate transparency, and which assesses the active advertising and informational openness of LaLiga Santander and LaLiga SmartBank clubs through information published on their websites by verifying a specific number of previously defined indicators.

All of this has received the proactive collaboration of LaLiga, as in previous editions, demonstrating its firm commitment to transparency, compliance and good governance in professional football – fundamental pillars of the professionalisation of Spanish football pursued by LaLiga.

What is the methodology?

The index was developed interactively with the assessed clubs in several stages, by sharing with them the information required, the indicators assessed and the results obtained.

On this occasion, the INFUT 2019 is composed of 48 indicators grouped into five areas of transparency: information about the football club; relations with partners, fans and the general public; economic-financial transparency; transparency in contracts and supplies, and Transparency Law indicators.

The assessment centres on the publication of updated data for the 2018/19 season, placing special emphasis on access to and availability of economic-financial information for fans and the general public.

Three years after the last edition of this index (INFUT 2016), we have confirmation that the professional football clubs have made considerable advances in their commitment to transparency, compliance and good corporate governance, obtaining commendable results.

Not only are the scores obtained by each club outstanding; the collective achievement has considerably exceeded expectations, demonstrating the laudable involvement and proactivity demonstrated by all of them to improve the quality of the information which they publish on their respective websites.

The INFUT 2019 results provide clear evidence of this, with LaLiga Santander and LaLiga SmartBank clubs obtaining an average overall score of 93.63 points (out of 100). The progress achieved in recent years is palpable. If we compare the results of this edition with 2016, we observe a clear improvement on the overall score from that edition of 62.80%.

These results are nothing more than the fruit of consolidating the culture of compliance in recent years, which is reflected in the results of the latest INFUT, with just 4 clubs scoring below 80% compared to 30 clubs in the previous edition.

The overall average of LaLiga Santander clubs is noticeably higher than that of the LaLiga SmartBank clubs (97.55% versus 90.06%), but even so, the assessment of the latter reveals a strong commitment to transparency, compliance and good governance.

A simple comparison with the previous edition (2016) shows that the overall average for LaLiga SmartBank clubs was 54.4%, with just 3 clubs surpassing the 80% level. This figure was surpassed by 18 of them in the INFUT 2019.

Meanwhile, analysing the results of LaLiga Santander independently, a clear improvement can be gleaned: 12 of the 20 clubs which it comprises managed a score of 100%, and they all exceeded a total score of 80%.

In fact, a closer look at the last two editions, we can highlight clubs which failed to reach a points total of 50% in the previous edition and which can now boast a score of 100%. All of the above proves that transparency and entrepreneurial ethics are not dependent on economic or structural factors, but rather on the commitment of people – of the club’s employees and, above all, of their governing bodies – to the culture of compliance.

As such, aware of the social expectations which they are subject to and the importance of their involvement in the development of society, the clubs have demonstrated great progress towards making information about their organisations and the management of their sporting activity more accessible, with the everyday work performed in this regard by the compliance and integrity departments of the clubs of particular note.

Thus, they have managed to increase their commitment to transparency and good corporate governance, and they will continue to work on these two aspects in order to achieve the very highest levels of excellence.