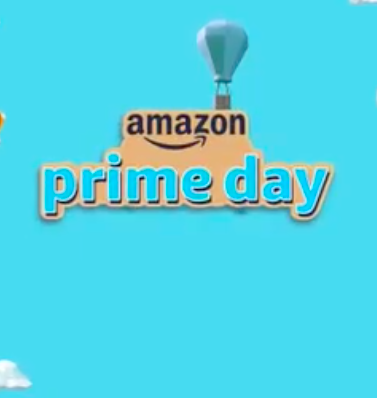 Highest Prime Day Participation For SMBs with over 91,000 SMB sellers from 5,900 pin codes

Bengaluru, NFAPost: Small and Medium Businesses (SMBs) and Prime members on Amazon.in discovered joy like never before on Prime Day making it the biggest 48-hours for SMB sellers, for new member sign-ups, and for engagement with Prime benefits.

Amazon has amassed at least 1 million subscribers for its Prime loyalty programme in India, the highest caompared with the US where it has highest ever Prime customers. Over 1 million Prime members shopped from small businesses in the 14-day lead up to Prime Day, further helping them with their business revival.

According to Amazon India officials, the platform fared during Prime Day 2020 with the highest ever SMB participation of over 91,000 SMBs, artisans, weavers and women entrepreneurs. Of these, more than 62000 sellers were from non-metro and tier 2/3 cities across India.

Among them, 31,000 SMB sellers witnessed their highest sales ever with over 4000 SMB sellers each registering sales of INR 10 lakhs or more, and 209 SMB sellers becoming crorepatis during the 48 hours.

Prime Day continues to be a unique opportunity for brands of all sizes to launch new products. Members loved the selection of new launches with 300 top brands and 150 unique products from SMB sellers.

This Prime Day saw members from over 97% pin codes of India shop across multiple categories. More than twice as many customers signed up for a Prime membership during Prime Day 2020 compared to the last Prime Day, with over 65% of new members from outside of the top 10 cities including towns like Kullu in Himachal Pradesh, Leh in Ladakh, Dholpur and Sirohi in Rajasthan, Koraput in Odisha, Mokokchung in Nagaland, Garo hills in Meghalaya, Gadag in Karnataka, Nagappatinam in Tamil Nadu and Panna in Madhya Pradesh.

Commenting on the overwhelming participation, Amazon India Senior Vice President and Country Manager Amit Agarwal said the Prime Day was dedicated to small business (SMB) partners, who have been increasingly looking to Amazon to keep their businesses running.

“We are humbled that we were able to help as this was our biggest Prime Day ever for small businesses – nearly 1 Lakh SMB sellers (70% from small towns) received orders from across 97% of India’s pin-codes; Karigar artisans, Saheli women sellers, Launchpad entrepreneurs, and Local Shops enjoyed their highest ever day of sales,” said Amazon India Senior Vice President and Country Manager Amit Agarwal.

Amazon India Senior Vice President and Country Manager Amit Agarwal also added that the company is overwhelmed by the response to Prime, with twice as many customers (65% from outside of the top 10 cities) signing up for membership compared to last year, and more members enjoying the benefits of shopping, new product launches, and entertainment during the event than ever before.

Dream of Glory Inc., an apparel brand under Launchpad, founder Arjun Sood said he witnessed the biggest surge in his entire lifetime of selling on Amazon.

“Not only it was surprising but a dream fulfilled. We saw jaw dropping numbers on Prime Days and it exceeded our projections by 10X. Focused on made in India quality and professional and superior supply chain due to Amazon has made me deliver my products to the length and breadth of the country right from Leh Ladakh to Port Blair down south. It was the glory we dreamt of when we incepted the brand,” said Dream of Glory Inc., an apparel brand under Launchpad, founder Arjun Sood said.

boAt Co-Founder Aman Gupta said he received a phenomenal response from across the country during this year’s Amazon Prime Day 2020 sale.

“Once again, our boAtheads showered us with immense lovemaking boAt a top audio brand in India. This sale was distinctively special for us as we launched our ‘Made in India’ power banks which became bestsellers during the sale,” said boAt Co-Founder Aman Gupta.

boAt Co-Founder Aman Gupta said it is indeed a gratifying moment for an Indian brand like boAtheads. He also said boAtheads hopes to strengthen partnership with Amazon and bring more amazing products to the boAthead community.