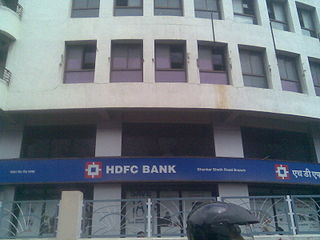 Chennai, NFAPost: HDFC Bank has been recognised as the ‘Best Bank in India’ by global magazine FinanceAsia for the 4th consecutive year. The Bank was adjudged as India’s top bank at the publication’s Country Awards for Achievement 2020 for its conservative retail lending policies and security of deposits.

In its editorial on the bank, FinanceAsia states, “It feels like a secure home for depositors aware of rising levels of fraud cases across the wider financial services sector. The bank’s conservative retail lending policies also means that financial analysts believe it will be able to navigate through the COVID-19 storm that put the country under a strict curfew.”

In its latest issue, the magazine writes, “HDFC Bank’s hold on this award has only strengthened during the awards period. As many financial analysts have noted, India’s most profitable private sector bank has become a safe port in very stormy seas for an Indian economy beset by slowing growth and a banking sector weighed down by bad loans. This safety first ethos is reflected in the bank’s capital and NPL ratios. S&P data shows an overall CAR of 18.25% for FY 2020 compared to 16.77% the year before, of which core tier 1 amounted to 17.01%.”

FinanceAsia’s annual Country Awards for Achievement recognises outperforming banks from countries in the Asia-Pacific region. The magazine bestows the recognition on the banks after taking into consideration their performance, vision, and long-term strategy.

For the second year running, a high-profile editorial advisory board also aided the editors by providing a peer review across the region.

HDFC Bank is one of India’s leading private banks and was among the first to receive approval from the Reserve Bank of India (RBI) to set up a private sector bank in 1994. Today, HDFC Bank has a banking network of 5,326 branches and 14,996  ATMs spread across 2,825 cities and towns.