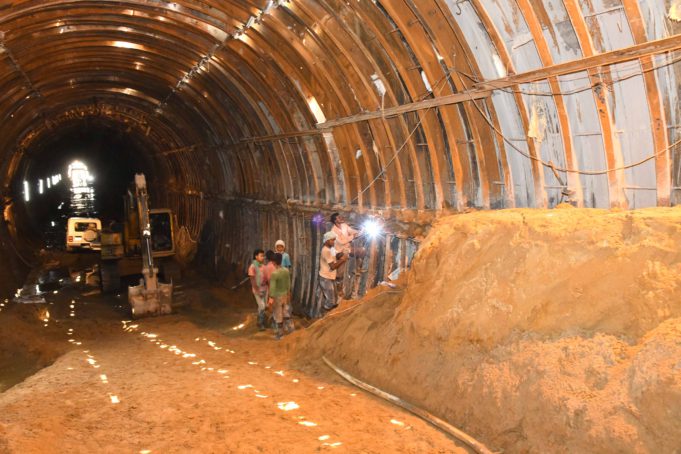 Hyderabad, NFAPost: The North Eastern states in India have for long been a neglected part of the country, in terms of transportation and connectivity.

With many economic set-ups dotting the landscape, the demand for connectivity to the region has increased manifold and the world’s largest transporter – the Indian Railways – have committed to getting the North Eastern states on the Railway map.

As per Indian Railway’s Vision Document – 2020, the Indian government had planned to connect all States of North Eastern States by 2020 except Sikkim with Railway connectivity.

Keeping up to its word, Indian Railways has provided railway connectivity to all North-Eastern States (except Sikkim). With the sanction of a new line work from Sivok in West Bengal to Rangpo in Sikkim, the state is also expected to be connected by December 2022.

To provide faster connectivity in North East, Indian Railways has doubled tunnelling output during 2014-19 which is 54.324 KM in comparison to the period of 2009-14 which was only 31.7 Km.

Two projects of BG line have been taken up for capital connectivity of Meghalaya. In new BG line project from Tetelia in Assam to Byrnihat in Meghalaya, about 10 km length out of total 21.50 kms falling in Assam portion from Tetelia to Kamalajari got completed in October, 2018. The target date for completion of the project is March 2022.

Also, work is on for the new BG line from Byrnihat to Shillong (108.40 km) for connecting the capital of Meghalaya was sanctioned in 2010-11. The progress of the projects are affected due to protests from different organisations in Meghalaya.

With the commencement of rail connectivity to all the state capitals of North Eastern states, the socio-economic development of the region and integration with rest of India will see new heights.

Digital Efficiency of Comm. Services to be Driven by Revolutionary Wireless...