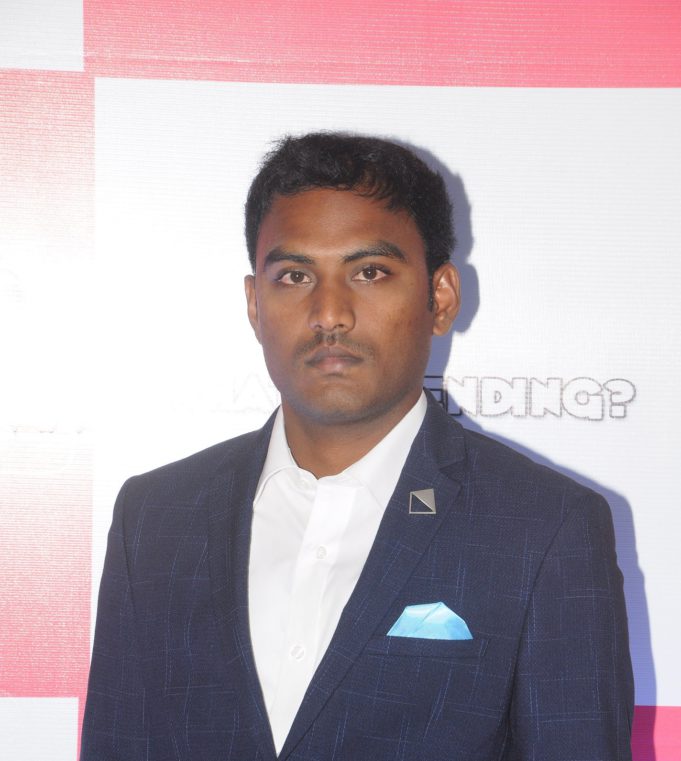 Pixalive is a Made-in-India social media app developed by Bengaluru based startup Tripalive.me Technology and launched in 2018. The company is taking advantage of the government decision to ban Chinese apps.

The single interface app claims to be more rewarding and covers most of the features from these 14 popular Chinese apps that have been banned in India by the Ministry of Electronics and Information Technology (MeitY) on 29th June 2020 due to privacy concerns of millions of Indian users. namely, TikTok, Helo, Likee, VMate, Vigo Video, VivaVideo, Mi Video, Mi Video Call, New Video Status, UVideo, VFly, We Chat, Kwai, Meitu.

In an interaction with The NFA Post‘s Raajan Joshi, Pixalive’s founder and CEO Rajasekar Sundaresan explain his journey from a family of farmers in Krishnagiri (Tamilnadu) to compete with global giants in the social media landscape with a focus on India. Also, the company’s perspective game plan into the hardware business, especially mobile phone manufacturing.

1. Entrepreneurs are really ambitious and work around their vision. Can you share your journey as an entrepreneur?

I am coming from a financially weak family of farmers and joined engineering with sheer passion. I got the confidence to get into the entrepreneurial journey when I met Dr. APJ Abdul Kalam at MIT. Exactly the seeds of dreaming were sown by Dr. Kalam. I always dabbled in app development after my engineering and developed the proper app in 2018. I came across a controversial talk of Snapchat CEO against India, claiming that his app is not meant for poor countries like India. This motivated me to further strengthen my app to cater to underdeveloped and emerging countries, including India. For Pixalive to flourish, I pledged our only asset, the agricultural land that belonged to his father. Today, the app has a presence across 130 countries with over 450000 user base.

2. How Pixalive is planning to fill the vacuum created by the ban of Chinese app?

A lot of people are dependent on multiple apps for different features and it consumes both memory and time whereas in Pixalive brings together features from popular apps like TikTok, Dubsmash and Instagram under one umbrella.

The app has all the popular features that people look for today, like sharing posts, photos, videos, texts and voice notes for which a user would have to download multiple apps. Users can also create channel, access News and Games available on the mobile app, and web app. Pixalive is a good alternative as users’ data remains safe in India.

There was a growing concern about what would happen to the huge follower base of app that were banned in India, would there be a similar app like TikTok which could be Made-in-India? We’re constantly listening to our community, and have heard that they wanted us to make Indian alternative for short-form videos and today we have launched Pixmash, an Indian App for Short-Form Mobile Videos.

Pixalive and Pixmash is built with a unique set of features can surely replace nearly 15 to 20 Chinese apps.

3. Can you elaborate on the features of Pixalive and Pixamash?

Besides helping to create posts (Images, text, videos that can include voice notes), chatting, voice calling, video calling, Pixalive help in business channel creation, trending content and city-wise news. The app also helps customer to access to 300+ games, weekly contests and ChallengesCash Awards in so many other activities activities

Pixmash is having a unique video sharing capability. It can also sync users lips. Also, trenders gets a chance to cast in the upcoming movies of Pixalive Entertainment’s movie productions. This is based on true talents of users.

4. How can users customise app features for a better user experience?

All the features of Pixalive and Pixmash are user-friendly. We have a plan to execute 3 X factors that are undoubtedly not available in any of the global social networking platforms.

5. What are the features you have added to attract more groups to make their message accessible based on geographical range, private group or public?

Pixalive and Pixmash are designed with a unique set of features suitable for all the geographical ranges. We have facilitated an option where the users can view the country-wise trending user-generated content, NEWS, and the contests’ rewards are also segregated region-wise. Users can choose between public and private profiles in both the apps.

6. Even though Android and iOS version are available for the app what is the strategy to bring on board the next billion to the platform?

We are available on three platforms, Android, iOS, and Web. Our first strategy is that our UI is more attractive, and we are striving hard to make our apps bugs free. Our apps are user friendly that anyone and everyone can use our app on their own.

7. User-friendliness of the app makes it popular among users. Since Indian customers are known for their diversity how you have implemented this?

We have received a handful of positive reviews, and we are sure that our app has a user-friendly design. Recently due to the ban on Chinese apps, Pixalive has faced a mild slowness issue due to the highest attained user-base. We are trying our best to beat all the existing and upcoming issues to build a user-friendly environment. Since we have developed this app with a bulk of features, users need not run for so many apps. Pixalive is an all in one app.

8. Data security and localisation are now hot topic among users as they are more concerned on privacy. Can you dwell on the company’s strategy in this going forward?

To make our user data secure, the app is secured with SSL encryption. Also, there is no doubt that the app is safeguarding the user’s privacy as it allows the creation of both the Private and Public account creation.

Our app’s data remains within India. As of now, we have the data stored in the AWS. In the mere future, we are planning to build our data centers in different parts of India. We are working on a basic to high-level security for the users from our side, which will be maintained highly confidential.

9. Sustenance of any company depends on the business. What is the business model you are visualising for the app?

App business is growing across the globe and there is various revenue generation model. We have identified business models like freemium model, affiliate model, subscription model, virtual goods model and advertising model.

10. Monetising data is a big challenge. How you are coming up with B2C and B2B business models based on this app data?

Right now, we are concentrating on building our user-base to 25 million. We don’t have any plans for monetising at least two years from now. We are working on a B2C model, and there is no way to share the user’s data from our end. In the future, we would work on Monetization to improve the user’s experience by concentrating 60 – 70 % on advertisements, rest through gaming, virtual gifts, and coins.

11. Can we expect any hardware strategy for the company going forward?

We have an idea of launching India’s first smartphone that would be equivalent and more effective compared to the Chinese Smart Phones.

12. What is the technology trajectory that you are visualizing for the company?