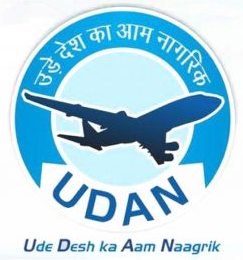 The UDAN scheme has also helped thousands realise their dream of flying along with boosting trade between smaller commercial hubs.

Uttarakhand, on Wednesday, became the latest state to benefit from the UDAN scheme. The first helicopter service by Pawan Hans on Wednesday brought the towns of Dehradun, New Tehri, Srinagar and Gauchar even closer.

Commencement of the new heli services is expected to enhance the aerial connectivity between hilly regions in Uttarakhand and bring down the average travel time to 20-25 minutes.  This will also assist the Chaar Dhaam Yatra pilgrims.

Pawan Hans Ltd. will operate thrice-weekly helicopter services on this route. Viability Gap Funding (VGF) is provided to both operators and passengers under the UDAN scheme to keep the fares affordable for the common people.
Accordingly, the fare for these routes is Rs. 2900 per seat.

Two more networks connecting Dehradun to Ramnagar, Pantnagar, Nainital, Almora, Pithoragarh, and Dehradun to Mussoorie will also be operationalized soon by Pawan Hans Ltd.  Six more routes and two heliports at New Tehri and Srinagar would be added for the UDAN scheme.

The route was simultaneously inaugurated by Trivendra Singh Rawat, Chief Minister of Uttarakhand.  Three rounds of UDAN have already been undertaken and so far close to 50 lakh passengers have travelled in UDAN flights covering airports in 19 States and two UTs. The fourth round of UDAN is under process.

274 UDAN routes have been operationalized so far connecting 45 airports and three heliports since the launch of the first UDAN flight in April 2017.