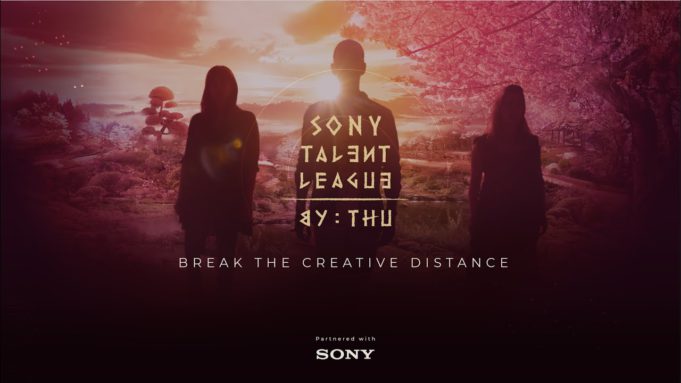 Bengaluru, NFAPost: Sony and THU are looking for the best cross-border talent on a worldwide scale, to discover the next generation of creative minds and undiscovered talent in the digital entertainment industry in conjunction with Sony Creators Gate.

Sony Talent League by THU starts July 30 and young creators between 18 and 30 can submit their work until October 19, individually or in a group (up to three members). The theme of the challenge is Breaking the Creative Distance, and the goal is to inspire participants to submit something that can bring value to the new world we’re living.

André Luis, THU’s founder, says “The Talent League is not a competition, but it’s a collaboration opportunity and a new approach for creative work through boundless digital collaboration. Right now, because of Covid-19, there is a strong need for connection and we want to inspire participants to create something meaningful.”

As for the prize, in order to take their ideas to the next level and empower their talent, the three finalists will get ten weeks of mentorships with renowned creators and industry legends, and a funding of up to 12.500€ per submission. To find the winner among the three finalists, the public will vote on the best idea, and, in addition to the finalist’s prize, the winner gets tickets for THU Japan 2021 and 10.000€ (per submission).

‘As a Creative Entertainment Company, Sony seeks to empower the dreams of the creators all over the world. With THU, we want to provide them with the opportunity to create something the world has never seen before in the hope to overcome the difficult situation which the world is facing, bringing the new value to the new era’, said Midori Tomita, VP in charge of Brand Communication, Sony Corporation.

Not sure if this challenge is for you? “This is for creators from all areas of the digital entertainment industry. We know there are many people out there with groundbreaking ideas, but are not sure how to take them further, or are too shy to share them, but now is the time to make them real”, says André Luis.