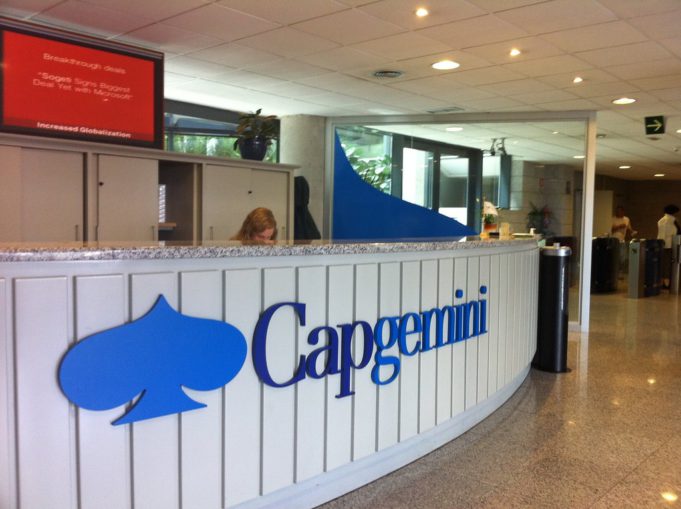 Bengaluru, NFAPost: Capgemini announced its commitment to achieve carbon neutrality for its operations no later than 2025 and its ambition to be net zero by 2030.

Capgemini’s ambition builds on its strong progress in delivering its target of a 30% reduction in carbon emissions per employee, in January 2020, a decade ahead of schedule[1].

To reach its new ten-year net zero ambition, Capgemini will accelerate its carbon reduction programme across its biggest operational impact areas which are business travel, commuting and office energy, in line with the requirements of 1.5°C science-based target pathway.

According to the company statement, Capgemini strategy also includes elements such as expanding its new ways of working initiative reducing the need for business travel and commuting, introducing new programs including the roll out of a hybrid and electric car fleet, and engaging with suppliers to reduce the carbon impact of its supply chain.

Capgemini will also switch to 100% renewable electricity across the Group.

While Capgemini’s first priority remains focused on driving down its emissions to reach carbon neutrality no later than 2025, any residual emissions will be offset through a high-quality carbon offset scheme such as re-forestation. The carbon reduction focus is also being extended to include Capgemini’s full supply chain with the ambition of becoming a net zero business by 2030.

Speaking on the need to act on climate change, Capgemini’s Chief Executive Officer Aiman Ezzat said the current global situation with the Covid-19 pandemic has amplified the importance of the need to live in balance with the planet.

“Capgemini has had a decade long focus on reducing environmental impacts and whilst much has been achieved to date, we are now announcing our increased ambition. I have put acting on climate change at the heart of our Group priorities with a focal point of our ambitious target of net zero by 2030,” said Capgemini’s Chief Executive Officer Aiman Ezzat.

Capgemini’s Chief Executive Officer Aiman Ezzat said a strong set of actions have been put in place, that range from expanding our digital workplace initiatives and work from home, through to leveraging technology to help our clients drive down their own emissions.”

Capgemini’s previous 2030 science-based target to reduce carbon emissions by 30% per employee was reached in January 2020, a decade ahead of schedule, before the COVID-19 related lockdowns.

This milestone was made possible through programs focusing on both business travel and energy consumption.  Driving down business travel emissions through virtual collaboration was underpinned by employee training and the roll-out of collaboration tools across the Group, as well as country-specific initiatives to encourage more sustainable travel.

Capgemini also nearly doubled the proportion of its electricity coming from renewable sources, from 23.7% in 2018 to 46.2% in 2019, whilst simultaneously focusing on enhancing energy efficiency across its estate which resulted in energy consumption per square meter being reduced by over 18% since 2015.

As one of the first in its sector to set science-based targets, Capgemini has a track record of taking bold action on climate change, and was named on the CDP’s prestigious A list earlier this year in recognition for its approach and impact.

It is also leveraging technology to help its clients drive down their carbon emissions and has set a target to help clients save 10 million carbon tonnes by 2030.

In addition, Capgemini recently signed the UN Global Compact’s Business Ambition for 1.5oC CEO statement and is a founder member of the United Nation’s RacetoZero campaign. Capgemini is also leading advocacy programs to promote the role of business in driving the critically needed sustainable business transition and to highlight the key role that technology and innovation can play.