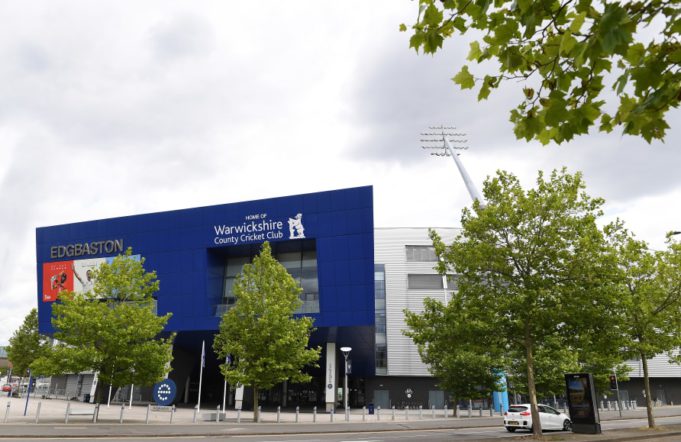 Hyderabad, NFAPost: The return of some sporting action has surely sent fans into a frenzy amidst the the coronavirus pandemic.

While closed-door events have been the norm of the day, England and Wales Cricket Board (ECB) have stepped up their efforts to get back to normalcy very quick, especially after the successful conduct of two England vs West Indies Test matches.

ECB, on a pilot basis, will be allowing a limited number of fans for two County games, in a bid to get back to normalcy.
The friendly between Surrey and Middlesex at the Kia Oval, which takes place on July 26 and 27, will be the first pilot match in which spectators would be allowed into the stadium.

The second match between Warwickshire and Worcestershire friendly at Edgbaston which starts on July 27 will also have fans in the ground.

Both the cricket matches, will test government guidance designed to enable the return of fans to elite sports events.
A maximum of 1,000 spectators will be allowed per day for the pilot. The Kia Oval will host supporters for both days of the two-day friendly, while Edgbaston will host supporters on the second day only.

The Government announced the pilots to stress-test its guidance on the return of fans to elite sports events in order to build up to and prepare for the full, socially distanced, return of sporting events from October 1.

Talking on the development, Neil Snowball, ECB Managing Director of County Cricket, said, “We’re all looking forward to the resumption of county cricket and are pleased these friendlies will be among the first to pilot a return of spectators. There is still a lot of work to do, but these are important steps in testing the Government guidance and informing how we can ensure supporters can return safely to cricket grounds.”

England’s Sports Minister Nigel Huddleston said, “It’s brilliant news that supporters will be welcomed back to Edgbaston for Warwickshire v Worcestershire as part of the pilot series.

“Many of us have felt the void of being unable to go and watch live cricket during lockdown, so I am pleased that we are moving forward with our plan to help sports venues reopen their doors to fans.”

With the new development, hopes of returning to the ‘old normal’ from the ‘new normal’ has grown manifold.

Maini and India Miss Opportunity To Create History In F3

NFAPost News Service - November 24, 2020 0
Bengaluru, NFAPost: Ness, a global provider of digital transformation solutions, has been named a leader in Digital Engineering Services, one of only a...