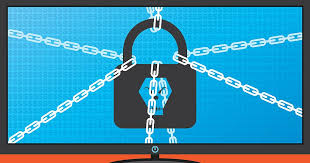 Some of this research is available in our previous blog posts on industrial post-compromise ransomware and FireEye’s approach to OT security.

While most of these actors likely do not differentiate between IT and OT or have a particular interest in OT assets, they are driven by the goal of making money and have demonstrated the skills needed to operate in these networks. For example, the shift to post-compromise ransomware deployment highlights the actors’ ability to adapt to more complex environments.

In this blog post we look further into this trend by examining two different process kill lists containing OT processes which we have observed deployed alongside a variety of ransomware samples and families. We think it is likely that these lists
were the result of coincidental asset scanning in victim organizations and not specific targeting of OT.

While this judgement may initially seem like good news to defenders, this activity still indicates that multiple, very prolific, financially motivated threat actors are active inside organizations’ OT—based on the contents of these process kill lists—with the intent of profiting from the ransom of stolen information and disrupted services.

As a result, the deployment of these lists increases the likelihood of a successful attack (MITRE ATT&CK T1489). In post
compromise ransomware attacks, attackers regularly tailor the lists to include processes that are relevant to the victim’s environment.

By stopping these processes, the attacker makes sure to encrypt data from critical systems, which may remain unaffected if the process is currently in use. As the likelihood of crippling critical systems increases, the target is more likely to suffer impacts on its physical production.

First Process Kill List Has Been Leveraged By At Least Six Ransomware Families Mandiant identified samples of at least six ransomware families (DoppelPaymer, LockerGoga, Maze, MegaCortex, Nefilim and SNAKEHOSE)—all of which have been
associated with high-profile incidents impacting industrial organizations over the past two years—that have leveraged a common process kill list containing 1,000+ processes.

The list, which we briefly discussed in an earlier blog post from February 2020, includes a couple dozen processes related to OT executables—mainly from General Electric Proficy, a suite used for historians and human-machine interfaces
(HMIs). We note, that while the inclusion of these processes in this kill list could result in limited loss of view of historical process data, it is not likely to directly impact the operator’s ability to control the physical process itself.

The earliest iteration we identified of the shared kill list was a batch script deployed alongside LockerGoga (MD5: 34187a34d0a3c5d63016c26346371b54) in January 2019 (Figure 1). Other iterations of the list we have observed are also hardcoded directly into the ransomware binaries.

The different techniques used to deploy the process kill list, the use of different malware families, and slight variations between each list iteration (mainly typos in the processes, e.g.: a2guard.exea2start.exe; nexe; proficyclient.exe) indicate that likely more than one actor had access to the true source of the process kill list. This source could be for example a post of processes shared on a dark web forum, or an independent actor sharing the compiled list with other actors.

We think it is likely that the OT processes identified in this list simply represent the coincidental output of automated process collection from victim environment(s) and not a targeted effort to impact OT. This is supported by the relatively limited and specific selection of OT-related processes, rather than a broader selection of many vendors and OT-related processes that would have been suggestive of targeted external research. Regardless, this does not downplay the significance of the inclusion of OT processes in the list, as it suggests that sophisticated financially motivated actors, such as FIN6, have had at least some visibility into a victim’s OT network.

As a result, the actors were able to tailor their malware to impact those systems, without the explicit intent to target OT assets. Most types of ransomware attacks in OT environments will result in the disruption of services and a temporary loss of view into current and historical process data.

However, OT environments impacted by ransomware that leverages this kill list and happen to be running one or more of the processes used by the initial victim(s) —and therefore are included on the list—may face additional impacts. For example, historian databases would be more likely to be encrypted, possibly resulting in loss of historical data. Other impacts could include gaps in the collection of process data corresponding to the duration of the outage and temporary loss of access to licensing rights for critical services.

Mandiant analyzed a second, entirely unrelated sample of ransomware (MD5: 3b980d2af222ec909b948b6bbdd46319) from the CLOP family with a hardcoded list for enumeration and termination of processes that includes a number of OT
strings. The list contains over 1,425 processes, from which at least 150 belong to OT-related software suites (Figure 2 and Appendix).

Based on our analysis, the CLOP malware family’s process kill list has grown over time possibly as more processes are scanned during different compromises. While we do not currently hold enough information to describe the exact mechanism used by the actor to grow the list, it appears to have resulted from actor reconnaissance across multiple victims. We have observed the threat actor employing process discovery procedures, including running the tasklist utility. This indicates that the actor scanned for processes in at least one victim’s OT network(s) before deploying the ransomware.

CLOP is also interesting as we have only observed a single unique and very prolific financially motivated threat actor leveraging the malware family. The group, who has been active since at least 2016 and potentially as early as 2014, is known for operating large phishing campaigns to distribute malware and typically monetized intrusions through ransomware deployment.

As highlighted by their versatility and long history in financially motivated intrusions, the actor’s activity in OT networks is
likely no more than an additional step in the process for monetization. However, the financial motivations of the actor again do not imply low risk to OT. Instead, our analysis of the CLOP sample’s kill list indicates that the included processes actually have greater potential to disrupt OT systems than those included in the shared list described above.