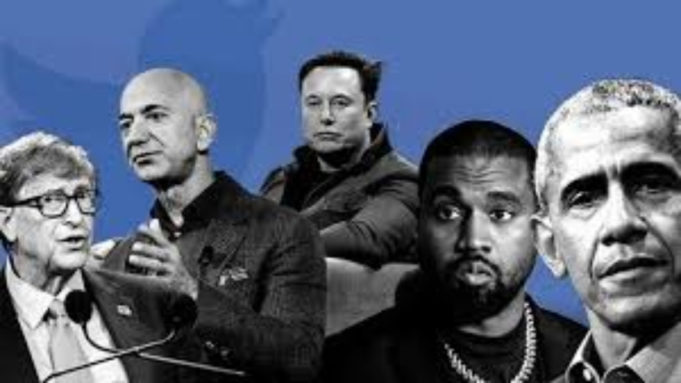 Twitter CEO Jack Dorsey, who is at loggerheads with US President Donald Trump, is in deep trouble.

A series of high-profile Twitter accounts were hijacked on Wednesday with an intention of inviting users to transfer Bitcoin under fraudulent pretenses.

Around 4 pm Wednesday in US, many big names began tweeting a message saying any bitcoin sent to a link in the tweet will be sent back doubled, an offer the tweet said last just for 30 minutes.

Among the first to be impacted were, Apple and Uber accounts, followed by those of Musk and Gates.

In few hours, the hackers had taken over Obama, Biden, Mike Bloomberg and Bezos’ handles.

Around the time boxer Floyd Mayweather and celebrity Kim Kardashian’s accounts were affected, Twitter locked most large verified accounts across US and rest of the world.

Big Twitter users were struggling to re-establish control of their accounts. For example, one of the tweets of Musk soliciting cryptocurrency was removed, but reappeared thrice.

The incident could have a huge impact on the platform and its users, especially in an election year. Last election, the conversation in the US was also about social media being manipulated for political gain.

US Senator Josh Hawley has shot off a letter asking Twitter CEO Jack Dorsey if this attack was intended to threaten the security of US President Donald Trump’s own Twitter account.

He also sent a list of questions asking Twitter about its security measures and seeking transparency about who exactly was targeted.

Hawley wrote: “As you know, millions of your users rely on your service not just to tweet publicly but also to communicate privately through your direct message service. A successful attack on your system’s servers represents a threat to all of your users’ privacy and data security.”

Hawley also asked Dorsey to reach out immediately to the Department of Justice and the Federal Bureau of
Investigation and take necessary steps to secure the site before this breach expands.

The FBI’s office in San Francisco, however, said it was aware of the scam, but did not throw light on whether it plans to investigate.

It said, apparently, the accounts were hacked to perpetuate cryptocurrency fraud and advised people not to fall victim to this scam by sending cryptocurrency or money in relation to this incident.

Twitter reportedly said it was investigating the incident and added it would issue a statement shortly. However, the company has not clarified on what exactly happened.

Dorsey called the incident a tough day for Twitter. “We all feel terrible that this happened. We’re diagnosing and will share everything we can when we have a more complete understanding of exactly what happened,” he tweeted.

Twitter Support called the incident a coordinated social engineering attack, which was executed by people who targeted some of Twitter employees with access to internal systems and tools.

It also said that it is looking into what other malicious activity the hackers may have conducted or information they may have accessed.

Twitter said that even as it has limited functionality of the affected accounts, it also restricted access to internal systems and tools.

Shares in the social media company tumbled almost 5 percent in trading after the market closed before paring their losses.