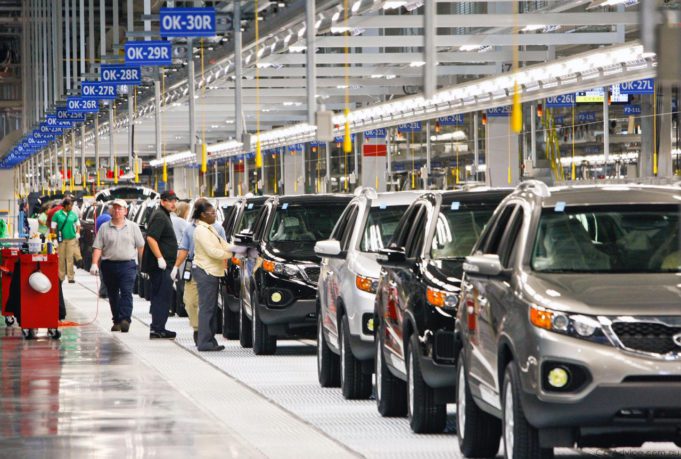 Amritsar, NFAPost: India’s passenger vehicle sales slipped by 49.6% in June, the first full month of economic activity since the nationwide lockdown was imposed to curb the spread of Covid-19 pandemic.

Domestic sales of passenger vehicles fell to 105,617 units in June as against 209,522 units in June last year, according to data from Society of Indian Automobile Manufacturers (SIAM).

The auto industry body’s data showed that factory-gate car sales in June fell nearly 58% from a year ago to 55,497 units, while shipments of utility vehicles declined over 31% on year to 45,201 units.

This is the first time since lockdown was implemented in March that SIAM has released the wholesales. SIAM will, however, report only quarterly sales of commercial vehicles, a decision made after request from original equipment makers.

Though SIAM did not release data, auto manufacturers reported a sales washout in April and a marginal uprise in May after lockdown restrictions were eased.

The ongoing passenger vehicle sales slowdown has spread over nine quarters, the steepest since the slowdown in 2001, when it had lasted for five quarters, SIAM Director-General Rajesh Menon said.

The sales of both auto and auto component makers, who together contribute more than 7% to India’s GDP was earlier hurt by increased upfront insurance cost coupled with consumption slowdown and disruptions caused by BS-VI emission norms. The Covid-19 lockdown added to the existing woes by completely halting operations at companies and dealerships.

“We are staring into a very deep slowdown, led by Covid-19 now. World-over, the auto industry has been supported in the form of stimulus to boost demand. We haven’t given up, and are speaking with the government, and are looking for a stimulus,” SIAM President Rajan Wadhera said.

He added that there is a need for demand stimulus as it was done in 2008 and 2014. “We are in discussion with the government for over a year now to provide fiscal stimulus… A 10% GST reduction across all vehicles categories will go a long way… The introduction of incentive-based scrappage policy will also generate demand,” he said.

According to Wadhera the lower wholesale numbers are also because of a slowdown on the supply side.

“The industry is facing supply chain issues because of delays in clearing of import products, and lack of migrant labours, restriction in movements due to shutdowns are leading to production stoppages,” he said adding that “The link in the supply chains are broken and will take time to repair.”

“Inordinate delays in clearance due to congestion at ports could eventually impact manufacturing of vehicles in India. The industry is piecing itself together as growth is limping back; any further disruption at this juncture is best avoided,” Wadhera said.

Recovery in the automobile industry to the levels seen in 2018 will take as much as four years, according to Wadhera.

Investments would also be slow as companies will not invest in new products or expand manufacturing capacity because of the fall in volumes, he added.

Wadhera also added that SIAM does not see any auto companies recovering without stimulus.

New Study Reveals 25% of All Car Accidents Are Self-Induced