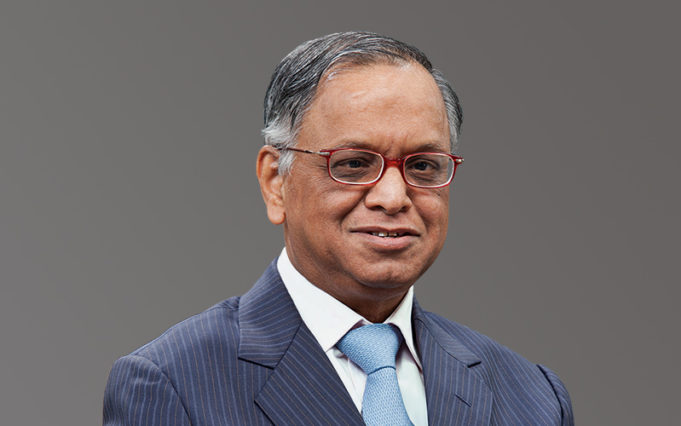 Bengaluru Should Form A Committee To Implement Best Practices of Top 5 Cities In World For Startups: N R Narayana Murthy

Bengaluru, NFAPost: Government should form a committee to study the practices of top 5 startup cities in the world so that Bengaluru can also emerge as a hub of innovation said Infosys founder N R Narayana Murthy

Infosys founder and zar of Indian IT industry N R Narayana Murthy came up with his 10 agenda in a reply to NFAPost when his attention was brought to the development on Bengaluru fail to find a slot in Genome Ecosystem Report On Top 10 Global Startup Hub.

“I am suggesting 10 agendas which can improve the position of Bangalore. First, set up a committee to study the practices of the top 5 cities in the world for startups, get their best practices, create next practices and implement them quickly,” said N R Narayana Murthy.

As per NFAPost story based on Genome Ecosystem Report on Top Global Startup Hub Bengaluru stands at 26th spot. The Startup Genome Ecosystem report, which started publishing annually since 2012, states that California’s Silicon Valley ranks first in this year’s report, followed by New York City and London in the 2nd and 3rd places.

N R Narayana Murthy admitted the infrastructure lacune in Bengaluru and expressed his suggestion to improve infrastructure in the city so that employees of startup do not waste time in commuting.

Infosys founder also came up with a suggestion to enhance the living conditions for people in Bangalore so that it can become top five startup cities in the world.

“We need to encourage the starting of English medium schools for children. Improve the pollution level (including noise pollution) in Bangalore. We have to welcome Non-Karnataka people to Bangalore and make their lives easy,” said N R Narayana Murthy.

He also came up with suggestion to reduce the bureaucratic harassment of entrepreneurs by announcing that no startups will need any permission from the government for at least the first ten years.

Besides making venture capital business attractive, N R Narayana Murthy also came up with the suggestion to make the availability of finance easy for entrepreneurs.

Bengaluru finds 26th place behind other Asia Pacefic cities like Tokyo, Singapore, Seoul and Shenzhen. It is interesting find Delhi in the 36 place. It is interesting note that Delhi is among the eleven ecosystems appeared in the top 30 and runners-up global ecosystem list for the first time. The cities include Tokyo, Seoul, Shenzhen, Hangzhou, Sao Paulo, Salt Lake-Provo, Dallas, Copenhagen, Melbourne and Montreal.

The report this year doubled the number of ecosystems studied since its last published rankings — assessing over 270 ecosystems across over 100 countries to rank the top 40 globally and produce the top 100 emerging ecosystems rankings.