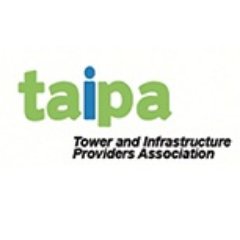 Bengaluru, NFAPost: Amid growing consumption of India’s telecom broad due to Covid-19 pandemic, Tower and Infrastructure Providers Association (TAIPA) has stated that at present India has 5.93-lakh telecom towers only to bear the consumption load demand.

Commenting on the demand swing, Tower & Infrastructure Providers Association (TAIPA) Director-General T R Dua, said it is time for stakeholders and government to work in tandem to meet growing demand across India.

“With the increase in data consumption and Work From Home (WFH) policy being adapted by many companies in India till 2020-end, we do need additional deployment of telecom towers, said TAIPA) Director-General T R Dua.

A number of States are not permitting installation of new sites, even though maintenance activities are being allowed, said TAIPA Director General T R Dua.

The RoW rules were floated in November 2016 to provide approvals for setting up of towers, laying of fibre cables and settling disputes in a time-bound manner. They were also intended to improve coordination among companies, State governments and local bodies.

TAIPA wrote to the Department of Telecommunications (DoT) secretary seeking his intervention in faster implementation of RoW policy. The industry body also sought immediate implementation of ‘Enhancement of Scope of IP-I’ policy announced on March 13, 2020, which permits active infrastructure sharing in the country.

The industry body also came up with an allegation that state governments and Union Territories (UTs) are obstructing installation of mobile towers due to lack of clarification from the Central Government on the activities that are permitted as various parts of the country eased Covid-19 related lockdown.

TAIPA’s intervention comes at a time telecom industry is playing an important role during the lockdown to support work from home, online education and other economic activities which are enablers for GDP growth.

TRAI, on March 13, had recommended enhancing scope of work of infrastructure service providers. These companies are allowed to own, operate, maintain and work all telecom infrastructure items that required to set up wireless network and transmissions of signals. This doesn’t include works related to spectrum.

The association is dedicated to interact, discuss and deliberate with the Ministries, Policy Makers, Regulators, Financial institutions and Technical bodies etc. for the knowledge collection and dissemination for promotion of healthy growth in telecom services.

is also the world’s second-largest telecommunications market. It’s total telephone subscriber base and teledensity reached 1,177.02 million and 87.45 per cent, respectively, as of January 2020. Gross revenue of the telecom sector stood at Rs 121,527 crore (US$ 17.39 billion) in FY20 (April-September 2019).

The Government of India, through its National Digital Communications Policy, foresee investment worth $ 100 billion in the telecommunications sector by 2022.