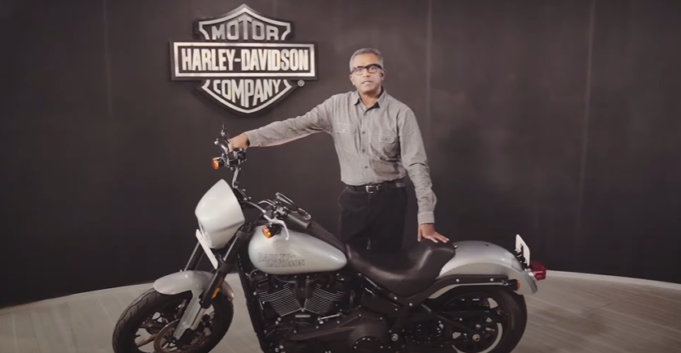 The EHR is one of Harley-Davidson’s zonal rallies which was originally planned for March 2020, however, had to be postponed on account of the lockdown. In a 60-minute live streaming show, Harley-Davidson India found yet another way to celebrate the love for motorcycling by engaging over 5.7 Lakh organic viewers across H-D’s social media platforms and partner platforms.

In a first-of-its-kind initiative, Harley-Davidson India, through this virtual rally celebrated the shared passion for freedom, self-expression and epic adventure, attended live by thousands of H.O.G. community members. It also reached out to brand lovers outside the H.O.G. community giving them an opportunity to experience the Harley-Davidson lifestyle. Earlier in the year, the 8th India H.O.G. Rally was conducted in Goa in February ’20 that witnessed around 2,500 riders joining the annual celebration in person.

The rally was kick-started by Sajeev Rajasekharan with a welcome message for the H.O.G. community, followed by a quick view on the post-lockdown phase by Regional Directors and the host dealer Bengal Harley-Davidson. The Rally offered performances by leading artists such as Ash Chandler, The Unplugged Project, Rahul Ram from Indian Ocean and Debanjali Lily.

“Harley-Davidson has always thrived upon sharing experiential events with their riders. With these changing times, Harley-Davidson India is adapting to new ways to provide experiences to its riders and deliver upon the promise of a Harley lifestyle.  This virtual rally is a testament of our commitment towards celebrating the H.O.G. community and keeping our riders at the forefront of everything we do,” Harley-Davidson Managing Director – Asia Emerging Markets and India Sajeev Rajasekharan said.

The Virtual H.O.G. Rally also witnessed the first virtual launch of Harley Davidson’s new Low Rider S model, a cruiser that takes a performance-first approach to customising. This new model is powered by 1,868 CC Milwaukee-Eight 114 engine that puts out good 92 bhp at 5,020 rpm and 155 Nm, and is paired with a six-speed transmission.

The Low Rider S differentiates itself from the standard version with its all-black theme, it gets its styling inspiration from the West Coast custom design philosophy.  The new Low Rider S is the latest addition to the Softail family, and is now available at most of the dealerships for a test ride. The model is priced at Rs 14.69 lakh and was earlier introduced to the market.

The Harley Owners Group (H.O.G.) is all about like-minded Harley-Davidson riders coming together to fuel their adventure instincts. H.O.G. was formed 35 years ago to ignite this way of life. With nearly 1 million members and more than 1,400 chapters in 140 countries, H.O.G. is the official riding club of Harley-Davidson and the world’s largest rider club.

It was formed in India in 2010 and since then it has brought together 20,000 H.O.G. members from across the country who are fulfilling their dreams of personal freedom. Currently there are 7,500 live H.O.G. members in the community.