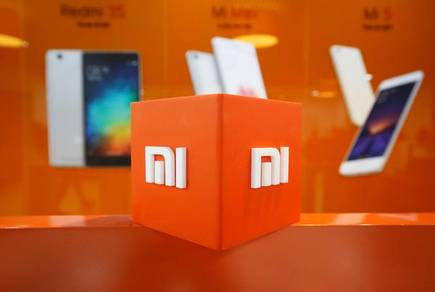 Bengaluru, NFAPost: To cover up the after effects of geopolitical tensions between India and China, Chinese mobile manufacturer Xiaomi India has put the “Make in India” banners at its store premises.

Xiaomi brand name outside Mi-stores has been replaced by ‘Made in India’ banners in Kolkata. It’s written in the company’s brand colour, saffron, on a white background. Despite the ‘Boycott China’ ranting across the country, there seems to be little impact on the sale of Chinese smartphones.

According to sources, the decision comes after the All India Mobile Retailers Association (AIMRA) sent a letter to the Chinese phone makers, including Xiaomi, suggesting that toning down the branding or hiding it in the face of potential violence by miscreants.

Recently, several retail stores in Gujarat, Maharashtra, Agra, Jabalpur and Patna among others, saw instances of vandalism and retail stores receiving threats to remove branding of Xiaomi and other Chinese brands including Oppo, Vivo, Realme, OnePlus, Motorola, Lenovo and Huawei.

“We had requested the brands to allow retailers to cover these signages with cloth/flex or to remove the boards from the storefront for a few months given the situation… Xiaomi has started putting ‘Made in India‘ banners in white colour on its boards,” said AIMRA National President Arvinder Khurana.

Sources from Xiaomi said that these sentiments will not impact Xiaomi’s India businesses. This is primarily because of the brand has succeeded in establishing its foothold in India by systematic brand building exercise and affordable products.

“I don’t think this will impact our business in a major way,” Manu Kumar Jain, Global VP at Xiaomi and MD at Xiaomi India, told CNBCTV18. Jain has some robust facts to share. Xiaomi’s research and development center is in India, the phone manufacturing happens in India and Xiaomi has more than 50,000 people working through its ecosystem in the country.

In his recent tweet, Manu Kumar Jain lauded the achievement of Xiaomi India again becoming the first smartphone brand in India as per IDC report.

Xiaomi entered India in July 2014 with the then very popular Mi 3 smartphone. The company pushed for local production and a year later, started producing phones as part of the Make In India initiative, at Taiwanese company Foxconn’s plant in Andhra Pradesh. In November last year, the company said that 99% of all phones they sell in India, are made in India.

“About 99% of the phones sold in India are made in the country. We make three phones per second,” Muralikrishnan B, Chief Operating Officer, Xiaomi India, had said in an official statement at the time. Xiaomi is also exporting phones made in India, to countries including Nepal and Bangladesh.

The company has 7 smartphone manufacturing plants in India, producing the Mi and the Redmi range of smartphones. Combined, they roll out 3 phones per second. Xiaomi also claims that it has more than 30,000 people employed in the factories across India. Xiaomi has a strong ecosystem play, and Mi TVs as well as power banks are a part of that—both of these products are also manufactured in India.

The India smartphone market is dominated by Chinese players. The company, founded by Chinese billionaire Lei Jun along with six others in 2010, claims to be India’s number one smartphone brand. According to the Counterpoint research report, Xiaomi has the largest market share of 30% in India, followed by Vivo and Samsung with 17% and 16%, respectively.

It Will Be Like Two Spirits Coming Together: Barreto On ATK-Bagan...