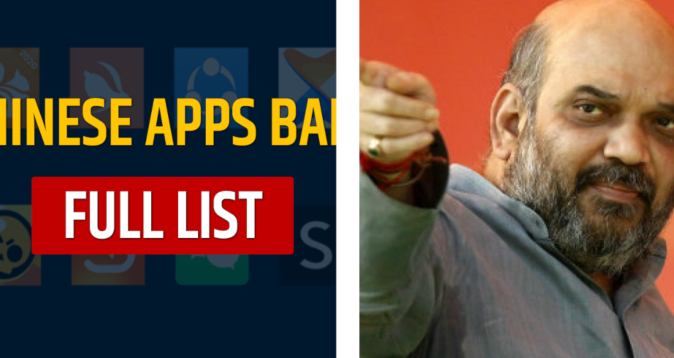 “Modi Government shows its tremendous resolve and dexterity of engaging China on multiple fronts and hitting China where it hurts the most. This is India’s first salvo to China after the border clashes, showing that India has a diverse range of retaliatory options,” Amit Shah led Home Ministry said in a statement.

This major decision comes in the wake of ongoing India-China standoff at the Line of Actual Control and several reports about misuse of Chinese apps for stealing and surreptitiously transmitting users’ data in an unauthorized manner to servers having locations outside India.

“The Information Technology Ministry has received many complaints from various sources including several reports about misuse of some mobile apps available on Android and iOS platforms for stealing and surrep-titiously transmitting users’ data in an unauthorized manner to servers which have locations outside India,” it said.

The ban on TikTok is very significant because it was just caught spying on iPhone users, which also Tik Tok admitted to these claims and had assured of not doing it again.

These measures have been undertaken since there is credible information that these apps are engaged in activities which is prejudicial to sovereignty and integrity of India, defence of India, security of state and public order, the ministry added.

The compilation of these data, its mining and profiling by elements hostile to national security and defence of India, which ultimately impinges upon the sovereignty and integrity of India, is a matter of very deep and immediate concern which requires emergency measures.

The move, the ministry said, will safeguard the interests of crores of Indian mobile users.

“This is a targeted move to ensure safety & sovereignty of Indian cyber-space,” it added.

Wide support for this move is expected as numerous opposition leaders as well as crores of people had also called for action against these apps, the ministry said.

Experts suggest this is a major blow to China’s Digital Silk Route ambi-tions, eroding millions of dollars from valuation of its companies. This could also lead to more countries following India’s path in acting against these apps.

Nasscom Announces Winners of ‘Innovate for an Accessible India’ (IAI)