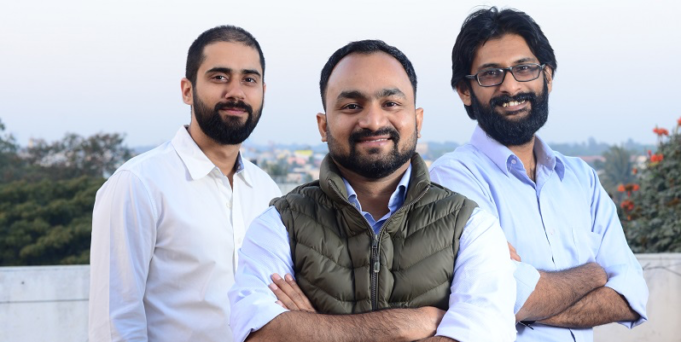 Access to working capital, a perennial problem for business owners in the MSME sector

Bengaluru, NFAPost: On a mission to address one of the most teething hurdles faced by SMEs – delayed disbursement of payments, Instamojo, the full-stack MSME-solutions provider launched ‘InstaCash’.

This new feature will enable merchants to gain instant access to working capital and ensure business continuity. Merchants can avail loans for an amount up to rupees 1 lakh, for a period of 7 – 14 days.

Instamojo will instantly transfer the amount to the customer once the request has been placed, including convenience and processing fee charges. Availing funds instantly will help manage immediate operational expenses until the next cycle of revenue is received.

Highlighting the battle of micro-businesses against the liquidity challenge, Instamojo Co-Founder & CEO Sampad Swain said the growth of MSMEs has long been hurdled because of two primary reasons which is cash-flow and access to loans owing to lack of sufficient data on creditworthiness.

“The current situation has left micro-businesses reeling under pressure to source funds for day-to-day operations – procuring raw materials, production, pay wages etc, however, we identified that ‘instant funds’ were the need of the hour. Through InstaCash, we aim to not just empower micro-businesses through digitization, but act as an enabler by addressing key challenges and thus, facilitate smooth operations,” said Instamojo Co-Founder & CEO Sampad Swain.

The lockdown has greatly impacted the Indian MSME sector, leading to the shutdown of several businesses and loss of employment. Adding to this is the long prevailing challenge of liquidity and access to loans for small business owners and MSMEs alike.

Several traditional financial institutions such as banks, have been unable to cater to the demand for capital loans due to the lack of access to granular data on these small businesses with reference to sales, customers et al. Also with rapid digitisation, several of these businesses were threatened due to their absence of online presence.

Instamojo has reported 25-30% of growth in their merchant-base, since the inception of lockdown. To requite the rising population of digitised MSMEs, the company has introduced mojoPlus, a one-of-its-kind reward program for Instamojo merchants.

The programme enables merchants to earn points on transactions and redeem the same to avail discounts on Instamojo fees, get coupons and purchase apps from the Instamojo app store.

With the increasing number of micro-businesses going digital post the lockdown, this indicates the birth of a new digital revolution in the sector. Focused towards empowering the MSMEs of India, Instamojo provides a host of services ranging from digital payments, logistics to lending. The company today works with and enables over a million MSMEs to build, manage and grow their business.

Instamojo is a growth gateway platform for Micro, Medium & Small Enterprises (MSME’s) that enables them to build, manage and grow their business online. It is a one-stop shop for an entrepreneur that caters to their diverse business needs by leveraging technology, data and design.

Founded in 2012 by Sampad Swain, Akash Gehani and Aditya Sengupta, Instamojo early this year raised Series B funding from Gunosy Capital, AnyPay-a Japanese payments firm and the existing VCs. In November 2014, the company raised USD 2.6 million in Series A funding from Kalaari Capital, Blume Ventures, 500Startups and others.

Prior to this, it had raised approximately $500,000 from 500 Startups, Blume Ventures and angel investors Rajan Anandan, Sunil Kalra, Shailesh Rao, Rob de Heus among others. In 2012, Instamojo was one of the first startups from India to join the prestigious 500Startups Silicon Valley Accelerator Program. It has also been featured as one of the hottest start-ups by Economic Times in 2015. Instamojo constantly works towards creating significant innovation in digital commerce, which is universally accessible to create newer opportunities & sustainable livelihoods for MSMEs.