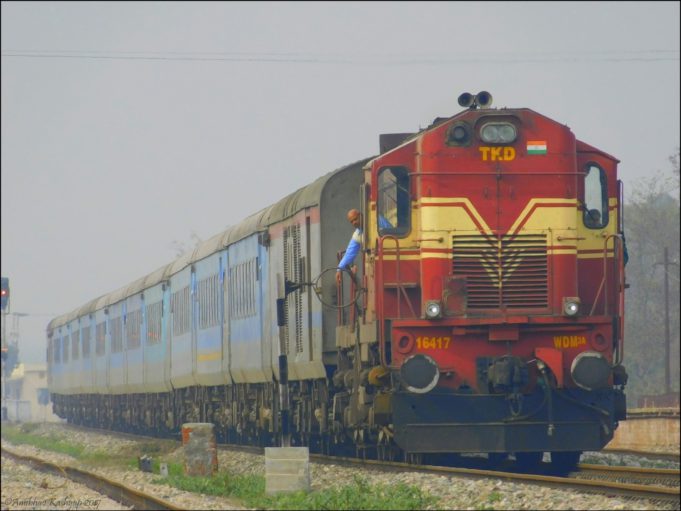 Hyderabad, NFAPost: After lakhs of migrants used the Shramik Special Trains to go back home in the wake of the economic slump created by the COVID-19 pandemic and the resulting lockdown, the Indian Railways has once again come to the rescue of migrants.

In an announcement that would send cheer among the migrants, the Indian Railways announced that it would generate 8 lakh man-days of employment opportunity for migrants and others in infrastructure projects worth Rs 1,800 crore in next 125 days till October 31 this year.

The Ministry of Railways also reviewed the progress of Garib Kalyan Rojgar Abhiyaan with Zonal Railways and Railway PSUs through a video conference meeting.

The Railway Board Chairman Vinod Kumar Yadav, through a video conference meeting, instructed the Zonal Railways to appoint nodal officers in each district as well as in the States so that close coordination is established with the State Government. Yadav also directed the railway administration at the zonal level to act proactively to ensure migrants’ are engaged in projects and paid accordingly.

The Indian Railways has also identified a number of railway works which can be executed through MGNREGS. The works are related to (i) construction and maintenance of approach roads for level crossings, (ii) development & cleaning of silted waterways, trenches and drains along the track, (iii) construction and maintenance of approach road to railway stations, (iv) repair and widening of existing railway embankments/cuttings, (v) plantation of trees at extreme boundary of railway land and (vi) protection works of existing embankments/ cuttings/bridges.

The zonal Railways have also been instructed to get a sanction of proposed works under MGNREGS. Zonal Railways would be monitoring the works on a daily basis and submit a report to Ministry every Friday till the end of Oct 2020.

The Prime Minister announced that an amount of Rs 50,000 Crores would be spent for building durable rural infrastructure under the Garib Kalyan Rojgar Abhiyaan.

This Abhiyaan of 125 days, will work in mission mode, will involve focused implementation of 25 categories of works/ activities in 116 districts, each with a large concentration of returnee migrant workers in 6 states of Bihar, Uttar Pradesh, Madhya Pradesh, Rajasthan, Jharkhand and Odisha. Public works to be undertaken during this campaign will have a resource envelope of Rs. 50,000 crores.