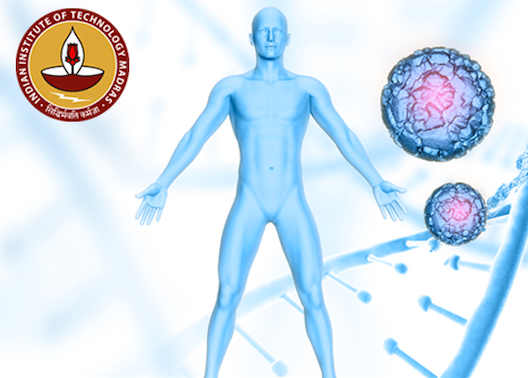 Chennai, NFAPost: Indian Institute of Technology Madras Researchers have shown ways in which traditional cancer therapies can be made more effective. The Research team studies Reactive Oxygen Species (ROS), which are highly reactive molecules such as hydrogen peroxide and hydroxyl radicals that are used in many common cancer therapies including chemotherapy.

The observations made by the IIT Madras team show ways to finetune anticancer therapies for better outcomes. The Research was led by Prof G K Suraishkumar and Prof D Karunagaran, Faculty, Department of Biotechnology, IIT Madras. Their recent work has been published in Springer-Nature’s prestigious peer-reviewed journal Scientific Reports.

The research paper was co-authored by Prof Suraishkumar, Prof Karunagaran and Research Scholars, Uma Kizhuveetil and Sonal Omer. It was financially supported by a grant from the Science and Engineering Research Board (SERB), Department of Science and Technology (DST), Government of India.

Explaining their Research and its importance, Prof G K Suraishkumar said Reactive Oxygen Species are molecules that are generated in the body during normal functioning and are associated with many metabolic processes.

“The regulation of these species is important because if there is excess produced, it can cause oxidative stress and damage to the cells, resulting in inflammation and various diseases,” said Prof G K Suraishkumar.

Suraishkumar added, “Despite the known damaging effects of ROS, they can be used to destroy cells that we do not want – such as cancer cells.  Indeed, common cancer therapies, including chemotherapy, are based on the action of ROS generated by the drug on cancer cells.”

In the human body, antioxidant molecules are generated to moderate the levels of ROS present in the body, to prevent oxidative damage. To optimise ROS-generating cancer treatment and counter-treatments, oxidative stress is often assessed through measurement of the antioxidant levels in the cells.

The IIT Madras Research Team studied the effects of two reactive-oxygen-species generating compounds – menadione (Vitamin K3) and curcumin (the active principle of turmeric) – on cells of cervical and colon cancers. They made two interesting observations in their work.
The team has shown that the effective ROS levels vary rhythmically in the cell upon being treated with menadione or curcumin.  Thus, the timing of administration of the anti-cancer drugs can affect its effectiveness.

“This means that by judiciously designing the time of administration of the ROS-generating anti-cancer drug, we can enhance cancer cell death by as much as 27 per cent, thus enhancing the effectiveness of the treatment. We are collaborating with cancer hospitals to try our ‘simple timing’ strategy to enhance the effectiveness of cancer treatment,” said Suraishkumar.

Another interesting observation the IIT Madras team has made is that cellular antioxidant levels do not reflect the effective ROS level in the cell.  “Our observations make us wonder if using antioxidant levels to decide the therapy parameters is less useful than generally believed,” added Suraishkumar.