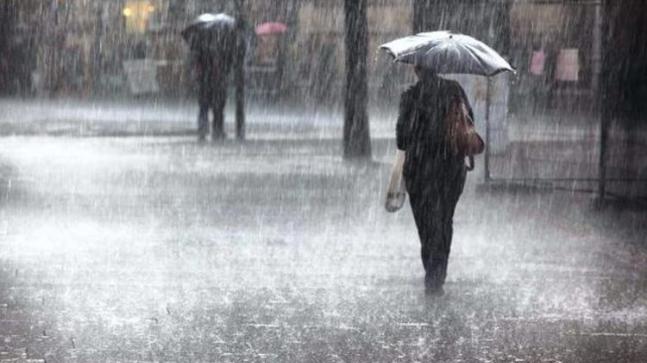 Amritsar, NFAPost: The Indian Meteorological Department (IMD) has said that conditions are becoming favorable for further advancement of the SouthWest Monsoon into some more parts of Madhya Pradesh, Uttar Pradesh, and some parts of Uttarakhand around June 23, and in Haryana, Chandigarh, Delhi and most parts of Punjab during June 24-25.

The principal rainy season for the Indian subcontinent that extends from June until Septemner had set an onset over Kerala on June 1.

Commenting further on the expanse of the SouthWest Monsoon, the weather department said that from June 23 onwards, widespread rainfall activity with isolated heavy-to-very-heavy rainfalls are likely over the western Himalayan region, Punjab, Haryana, Chandigarh, Delhi, East Rajasthan, and Uttar Pradesh.

IMD added that fairly widespread to widespread rainfall with isolated heavy-to-very-heavy rainfall over the northeast India is expected to continue during the next five days. Similar conditions may also prevail over east India and adjoining areas in central India during the next two-to-three days.

The Met department said that the northern limit of Monsoon (NLM) continues to pass through Kandla, Ahmedabad, Indore, Raisen, Khajuraho, Fatehpur, and Bahraich.

“A cyclonic circulation extending up to mid-tropospheric level lies over north interior Odisha & neighbourhood. The trough at mean-sea level now runs from north Punjab to northwest Bay of Bengal in the lower tropospheric levels and it is likely to shift southwards during the next 3 days. As a result, strengthening of easterly wind and high moisture feeding from the Bay of Bengal is very likely over north India during the same period,” IMD said in its daily bulletin on Sunday.

The tropospheric layer is the lowest layer of earth’s atmosphere where all weather activity impacting the earth takes place.

Thunderstorms are also likely at isolated places over West Bengal, Uttarakhand, and Telangana.

Windows Internet Security: Which Software Protects You Best and Which Slows Down Your PC

NFAPost News Service - November 24, 2020 0
Bengaluru, NFAPost: Ness, a global provider of digital transformation solutions, has been named a leader in Digital Engineering Services, one of only a...

Documentary On Andres Iniesta All Set To Enthral Fans