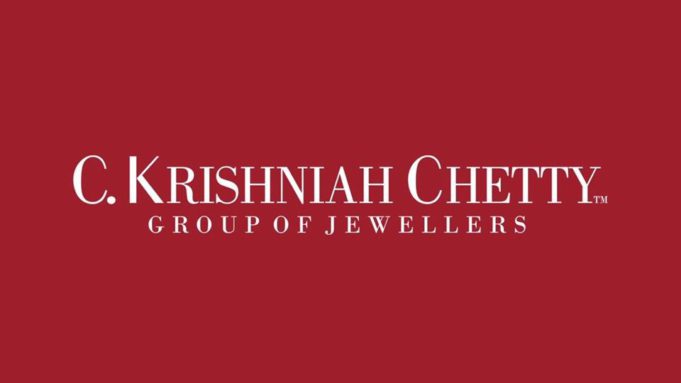 Bengaluru, NFAPost: Bengaluru’s 150-year old jewellery brand, C Krishniah Chetty Group of Jewellers has taken a definitive step to stop offering cultured pearls which are suspected to originate from China, in their jewellery.

China has dramatically increased production of freshwater pearls and has been cultivating pearls surpassing Japan in quantity over the last decade. C. Krishniah Chetty gemologists will only stop procurement and use of Chinese origin pearls and instead will use either Japanese or Venezuelan or Indian pearls in their jewellery.

C Krishniah Chetty Group of Jewellers Managing Director Dr C Vinod Hayagriv said although Chinese pearls are much cheaper and plentiful, the import duties must be increased to make it unprofitable and to discourage these imports.

“With the sinister possibility of China being squarely behind the global pandemic, we profess a total ban on use of Chinese Gems by Indian jewellery industry,” said C Krishniah Chetty Group of Jewellers Managing Director Dr C Vinod.

Origin disclosures have been taken seriously in the last decade by the company and it is important jewellers ensure origin tracking of the more expensive gems. Both for environment and political reasons. C Krishniah Chetty Group of Jewellers is adding more strength to its own production of jewellery and focusing on training artisans more vigorously.

In a strong statement, C Krishniah Chetty Group of Jewellers Director Chaitanya V Cotha said in its quest the government should discourage Chinese imports and make efforts to strengthen the Indian industry.

Although India may lose some investments, or exports to China, in the bigger scheme of things it’s important to support Indian manufacturers and Indian products or alternative international sources. One cannot partner with countries which have sinister plots and plans that have put the entire world into turmoil.

Though both Dr C Vinod Hayagriv & Chaitanya V Cotha had years ago traveled to China to explore direct imports of blue sapphires, today it is a different story.

Incidentally, to safeguard against Covid 19, the brand propagated and followed stringent safety measures for employees and customers at all the showrooms that opened for business after the lockdown.

C Krishniah Chetty Group of Jewellers owns 6 showrooms & boutiques across Bengaluru, is a touch of Youth, Class, Sophistication & Simplicity of a new age jeweller! With a team comprising the three generations of the family and a team with an average age that is younger than 35 years, the Group carries forward a legacy with innovation and ideas that have set it apart.

The iconic Bengaluru family who dealt with the erstwhile British gentry, the Nizam of Hyderabad, and several other kingdoms of South and Central India now continues to bring you modern and the newest avatars in all our showrooms. For the first time in this industry, Touchstone West offers a ‘Jewellery Crafting Studio’ for its exclusive clientele to view jewellery in the making.

ViewSonic Launches New, All-in-One Direct View LED Displays with Sizes of Up to 216″

Toshiba Unveils ULTIMATE 4K TVs; To Be Made Available From 18th September