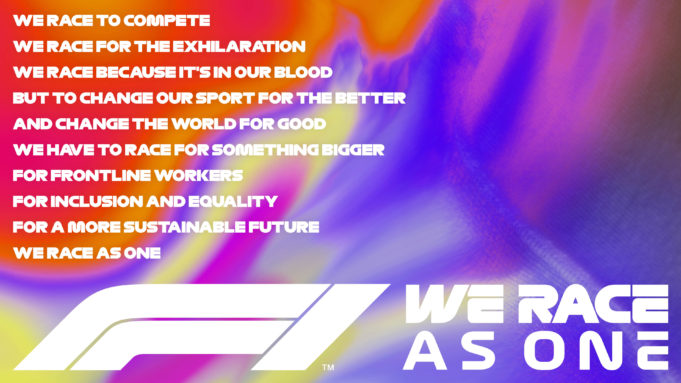 Hyderabad, NFAPost:  The cost-cutting measures for 2021 in Formula One have been approved by the sport’s governing body, the FIA (Fédération Internationale de l’Automobile).

The package of cost-cutting measures include a $145 million budget cap for teams from the next year and a new sliding scale rule for teams for aerodynamic testing along with other new measures.

These measures, approved by the FIA’s World Motor Sport Council through an online vote, aims at creating a level-playing field and a more sustainable future for the sport.

One of the main reasons for the budget cap is the coronavirus pandemic which has brought the world to its knees. The current F1 calendar hasn’t started and with expectations of starting in July also look bleak with closed-door races.

The teams are in the know and the budget will be reduced from the existing $175 million to $145 million, staring at more reductions in the coming years. For a comparison and for a record, some top teams even spend close to $200 million a year.

A new sliding scale for aerodynamic development is also set to hit implementation next year. It has been designed in such a way that a lower a team finishes in the Constructors’ Championship, the more wind tunnel time the team will get to develop their car more for the next season.

The change in rule is aimed at created a level-playing field and to also prevent bigger and cash-rich teams from gaining an advantage over other teams.

In a statement, McLaren Racing Chief Executive Zak Brown said Formula One is the winner, at the end of the day. “This is a crucially important moment for our sport. F1 has been financially unsustainable for some time, and inaction would have risked the future of F1 and its participants,” he said.

Among other measures, the FIA has also approved to limit downforce on cars the next year. The chassis and the suspension of cars will stay fixed for the next with what it is currently using.

The new rule means teams will have to trim part of the floor to reduce the downforce created, largely so a new tyre compound will not be needed for next season, before a switch to 18 inch tyres in 2022.

Other approved measures include freezing of components including the gear box and chassis, however a token system has been introduced for teams having to tweak a little.

It would benefit teams like McLaren which needs to make changes to accommodate a switch to Mercedes power.  The FIA has also approved to have a limitation to the number of upgrades a power unit manufacturer can make during a season.

Will Vettel’s wait and watch strategy pay off?

It has been more than two weeks since Sebastian Vettel and Ferrari have parted ways. While the Scuderia have confirmed Carlos Sainz as Vettel’s replacement and Charles Leclerc’s teammate, Vettel has taken his time to weigh in his options to make the much awaited high profile move.

Come the end of 2020, Vettel and Ferrari will end a six-year partnership and going by how the COVID-19 has wrecked the world, we wouldn’t know what the combo of Ferrari and Vettel would dish out in whatever that can be savaged from the season.
But what broke it all? It is now crystal clear that Vettel is unhappy that Ferrari had committed a long-term deal with Leclerc, effectively negating Vettel’s position and experience at Ferrari.

Vettel is clearly taking his time clearly weighing in his options before signing on the dotted line. The German was speculated for a switch to McLaren but with Daniel Ricciardo signing up and with Lando Norris’ stay confirmed, that equation wad quickly ruled out.

That leaves Vettel with limited options. His move to Mercedes, alongside star rival Lewis Hamilton (assuming Valtteri Bottas doesn’t renew the contract and Hamilton does), has been talked about on the same level of the coronavirus pandemic.

Given the fireworks Vettel’s Mercedes move could have, the German’s idea of teaming up with rival Hamilton, the coffers it could possibly dent for the team makes one believe the move could be a remote option. However, Formula One isn’t one that is devoid of any surprises and pulling a rabbit out of the hat isn’t something new for the cash-rich sport.

Renault is another likely option for Vettel. Ricciardo has vacated his position but what Vettel would need at this stage of his career would be a powerful car that can match his experience and skill which puts the French manufacturer’s chances of signing Vettel in a limbo.

Vettel has enjoyed a great rapport with Red Bull, his former team, and Vettel’s partnership with Max Verstappen could be a blockbuster, but one must remember the reason why Vettel had to leave the energy drink manufacturer years ago for Ferrari. It is however unlikely that the German could go back to his old stable.

Another option for Vettel would be to hang up his driving boots and take up a Team Pincipal’s role at say Aston Martin. Lawrence Stroll has huge ideas in the pipeline for Aston Martin and the German’s key eye for detail and his experience could come in handy for Stroll’s huge ideas. Rather than competing in a midfield car, the seemingly options available for Vettel, a role outside of the car could entice Vettel more. We’ll have to wait and watch.

It Will Be Like Two Spirits Coming Together: Barreto On ATK-Bagan Merger