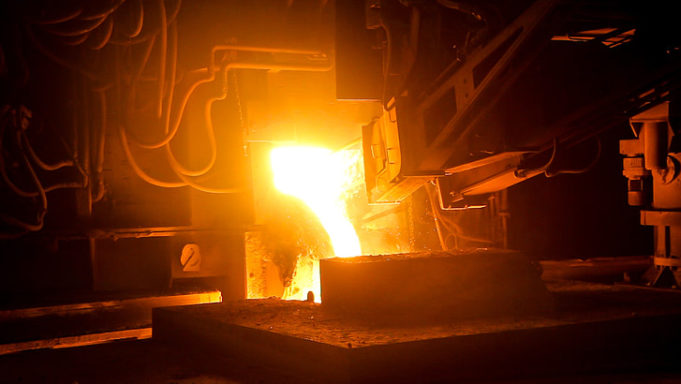 Bengaluru, NFAPost: The extended lockdown to contain the Covid-19 pandemic has dealt a telling blow to the steel industry. With construction and manufacturing brought to a standstill and return to normalcy a distant proposition, the industry’s prospects have dimmed in line with the economy at large.

CRISIL Research conducted a focused survey of senior management teams of major steel companies and industry experts to gauge the extent of damage to the sector and glean a sense of what lies ahead.

The responses indicate a revival in demand is more than a quarter away. The survey has, however, helped understand how the industry is coping with the challenging investment climate, addressing risks and pivoting strategies in the near term.

● Steel manufacturers are focusing on managing liquidity and cash flows in the near term to tide over an estimated
contraction of 60-65% demand in the first quarter of fiscal 2021.
● 75% of respondents indicate extending support through incentives and extended credit cycle to micro, small and medium enterprises (MSME) and
downstream sales channel players, to ensure their business continuity.
● More than 35% of industry respondents anticipate a demand contraction of over 15% for the fiscal, with the free fall arrested gradually. Indeed, 60% of the respondents expect demand to recover in third quarter.
● The anticipated demand destruction has resulted in steelmakers taking a cautionary stance towards capital expenditure, with more than 75% respondents planning to either delay or altogether shelve their plans.
● The respondents believe incremental government support towards facilitating exports, along with tax and logistics concessions, can help them tide over this crisis.

Prospects of the construction sector, which accounts for over 65% of steel demand in India, have dimmed considerably with the onset of the pandemic. The survey responses indicate that most infrastructure projects will be deferred even after the lockdown is lifted, because of reasons that include labour shortage due to reverse migration, and lower infrastructure spending due to funding constraints of central and state governments on account of lower tax collections and focus on social sectors.

Support in demand is also not envisaged from other sectors, including capital goods, with weak industrial production, and continued slowdown in automobiles sector due to cautious discretionary spending.

Nearly 60% of the respondents expect demand to recover from the third quarter, as infrastructure and construction activities gather pace, migrant workers return to work, and the fiscal measures taken by the government improve availability of funds.

Even with an anticipated slowdown in national highway construction to ~9 km/day on average in fiscal 2021, from 11 km/day in fiscal 2020, roads are expected to remain the frontrunner. Minimal pickup is expected in real estate activity in the near term.

Utilisation to slide to 66-68% this fiscal

Key constraints pointed out by the respondents include demand slowdown, logistic constraints and labour shortage. Dearth of truckers and lack of labourers for loading/ unloading and movement of goods will impede transportation of raw material and finished goods.

Despite ports and mining activities being functional during the lockdown, 45% of the steelmakers had seen disruptions in raw material supply. Iron ore availability was the most impacted (indicated by 45% of the respondents). Next up was coking coal (indicated by 27% of the respondents). However, most respondents believe this to be more of a transportation and supply issue rather than one of lack of availability/ mining.

Production to stabilise only after second quarter

Despite being classified under essential commodities, several steel players were compelled to shut their blast furnaces during the lockdown. Respondents estimate 20-30 days on average for the blast furnace, which is a continuous process, to stabilise after production begins in full swing.

Accounting for this lag, steelmakers believe production will stabilise only after the second quarter of fiscal 2021, led by some sort of demand recovery.

More than 70% respondents feel normalisation of production will be supported by focus on export markets until domestic demand recovers.

Capex plans to be either delayed or shelved

Weak financial health and gloomy demand are expected to weigh on capex plans, with 87% of respondents indicating a delay of more than a year. Of these, again, 31% envisage shelving of the plans altogether.

The survey also indicates 200-250 bps margin contraction. About 87% of the respondents feel there will be limited correction in steel prices – especially of HR coils – this fiscal, because last fiscal had seen a substantial dip, and having incurred high costs due to low steel prices and a weak economy, the producers have limited scope to reduce prices further.

In addition, fixed costs will hurt margins given the operating de-leverage due to lower utilisations. Weak realisations and a slump in sales volume due to the extended lockdown and subdued demand are expected to contract margins by 200-250 bps on average.