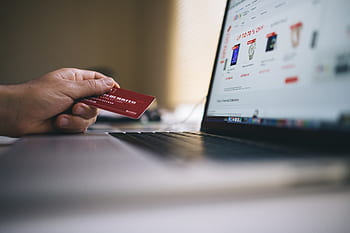 Chennai, NFAPost: Gojek has announced that Facebook and PayPal have joined Google, Tencent and others as investors in its current fundraise. This new investment will support Gojek’s mission to boost Southeast Asia’s digital economy, with a focus on supporting payments and financial services in the region.

Gojek is Southeast Asia’s leading technology group and a pioneer of the integrated Super App and ecosystem model.

With digital payments adoption primed to accelerate exponentially, the resources of some of the leading global tech businesses will be combined with the local focus and technology of Gojek to benefit millions of businesses and people across Indonesia and Southeast Asia.

Gojek’s payments business, GoPay has long been focused on increasing access to the digital economy among micro, small and medium enterprises (MSMEs), the majority of which continue to rely on cash to operate, due to the region’s large unbanked population.

The latest influx of funding will support more of these businesses as they seek to digitise further, from micro-merchants selling wares on the street side up to large businesses looking to strengthen their digital payment infrastructure.

Since launching its app in 2015, Gojek has digitised thousands of merchants on its platform, providing them with access to more than 170 million users across Southeast Asia. Its payments business processes billions of transactions each year and owns the largest e-wallet in Indonesia. A large part of this is driven by GoFood, the largest food delivery service in Indonesia, as well as the expansion of GoPay into other sectors both within and outside the Gojek ecosystem.

Gojek Co-CEO Andre Soelistyo said, “This is great validation that the world’s most innovative tech companies recognise the positive impact Gojek is making in Indonesia and the whole of Southeast Asia. By working together, we have the opportunity to achieve something truly unique as we aim to help more businesses to digitise and ensure that many millions more consumers are enjoying the benefits that the digital economy can bring.

“The COVID-19 pandemic and its associated issues have served as a tough reminder that if our economies are to be more resilient, they must be underpinned by digital infrastructure that diversifies the ways in which people can live and transact. We see our role as a convener of global tech expertise, facilitating collaboration that will ultimately lead to a better future for everyone in our region,” he added.

Gojek Co-CEO Kevin Aluwi said, “Since we were founded, the story of Gojek’s growth has been inexorably linked with the growth of the micro-entrepreneurs and small businesses on our platform and this will always be the case. With some of the world’s best technology companies as partners, we are confident that we can continue to deliver unique world-class products and services for the various players in our ecosystem.”

Facebook’s investment is the first it has made in an Indonesia-based business as it seeks to create new opportunities for businesses in the country, including through its WhatsApp service.

Matt Idema Chief Operating Officer at WhatsApp said, “Gojek, WhatsApp and Facebook are indispensable services in Indonesia. Working together we can help bring millions of small businesses and the customers they serve into the largest digital economy in Southeast Asia.”

As part of its commercial agreement, PayPal’s payment capabilities will be integrated into Gojek’s services and the two companies will also collaborate to allow customers of GoPay, Gojek’s digital wallet, to gain access to PayPal’s network of more than 25 million merchants around the world.

Google and Tencent are longstanding investors in Gojek. Both companies have collaborated on multiple Gojek projects since their first investments in 2018.

Gojek was first established in 2010 focusing on courier and motorcycle ride-hailing services, before launching the app in January 2015 in Indonesia. Gojek now operates across 207 cities in five Southeast Asian countries. As of end 2019, Gojek’s application and its ecosystem have been downloaded 170 million times by Gojek’s users across Southeast Asia. Based on the App Annie ‘2020 State of Mobile Report’, Gojek has become the most widely used on-demand application by Indonesians in 2019.