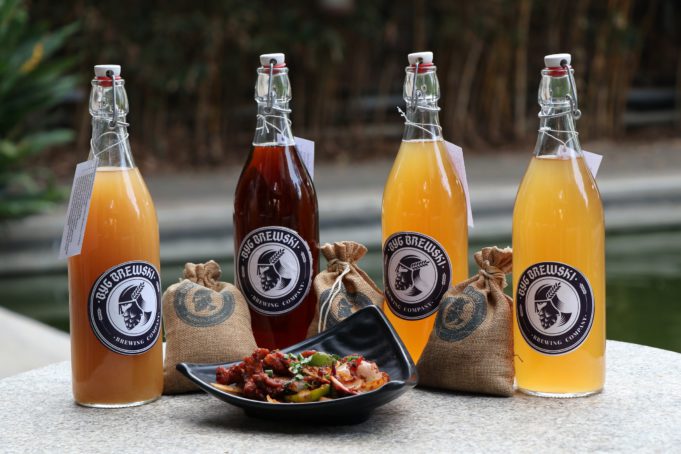 Just like every year, the eve of 31st December 2019 wasn’t any different. People across the country got together with family, friends and colleagues to leave their worries behind, celebrate and welcome the New Year. For many, 2020 was supposed to be a year of hope, travel, marriage, promotion, new job and so many positive things.

No one realised that this year is going to be different, a year that people would want to delete from their memories forever. The world was hit by a pandemic, which brought the life at a standstill. A lockdown was enforced across the country to curb the spread of coronavirus and according to estimates from the Centre for Monitoring Indian Economy, over 122 million people in Indian have lost their jobs in April.

Talking about the impact of lockdown on the business, The Bier Library CEO Prashant Kunal says though necessary and fully support it, the lockdown has terribly impacted operations.

“There has been no revenue for the last two months and we have been unable to pay salaries to our employees. We also have not been able to pay any statutory fees or make payments to our vendors. The impact on our business has trickled down to our partners, vendors and employees,” said The Bier Library CEO Prashant Kunal.

Not only The Bier Library, but this is the case for all the microbreweries in the city are facing similar crisis with the advent of Cvodi-19.

“Entrepreneurs like us are not thinking about profits at this point in time, we are only focusing on survival. We have to keep our heads above the water for the next 6-8 months and ride on a very strong hope that things will come back to normal,” said Byg Brewsky Brewing Company Director & Partner Pravesh Pandey.

Amid all this madness, there is a silver lining for the microbreweries in the city. Last week, the Karnataka excise department allowed only standalone microbreweries to clear their beer stock in the form of takeaway till 30th June.

“The trust shown by our respected Government in Craft Brewers Association of India is going to be strengthened hereafter. The soaring liabilities of salaries on the head of restauranteurs can get some relief with the now cash flow by selling out the brews,” said Byg Brewsky Brewing Company Director & Partner Pravesh Pandey.

Almost all the microbreweries in Bengaluru have started the sale of craft beers in glass growlers since last week and the response has been phenomenal from the customers. Debolina Ray, a beer enthusiast and a city-based lifestyle blogger was one of the first to get her hands on the takeaway beer at Byg Brewsky and is thrilled that craft beers are available for takeaway.

Talking about the process to purchase takeaway beer at microbreweries, Debolina Ray says that it is very streamlined. “Customers have to go through a compulsory temperature check and sanitize their hands before entering the premises. At all times, customers will have to keep their masks on and follow social distancing norms, adds Ray.

For beer enthusiasts the takeaway concept is new and it is only natural that they would find a difference in the taste that they are accustomed to their favourite places. Talking of which, Byg Brewsky Brewing Company Director & Partner Pravesh Pandey says that the lockdown of over a month and a half has allowed the beers to age very well and it tastes much better than earlier.

However, Kuncheria Marattukalam, Co-founder, Uru Brewpark is of a different opinion. He says, “There is no difference in taste when the beer is bottled. Customers have to ensure to carry the right bottles in terms of material, keep away from any light forms and consume it within 48 hours of bottling”.

Toit Brewpub Director and Co-founder Arun George is also of the opinion that taste will not have any difference to what people would have when visited before the lockdown. He instructs customers to avoid storing the bottle in the freezer and to keep away from light. He also suggests consuming a bottle at one go to avoid beer going flat.”

While the customers and brewery owners have hailed the decision of excise department to allow the sale of takeaway beers, will this concept hold relevance once the lockdown is lifted and life returns to normalcy? Akash Hirebet, Beer Consultant and Co-founder of Craft & Co, an online community created by prominent members of the craft beverage industry across India, is hopeful that this concept will continue.

“I hope to see this privilege be made permanent. Given that everything around us is rapidly changing, policies and regulations also need to adapt accordingly. If a restaurant can produce food and also sell it for takeaway, why can’t a microbrewery produce beer and be allowed to sell for takeaways,” said Beer Consultant Akash Hirebet.

Kunal also has a similar opinion. He says, “The takeaway of craft beers should be allowed and ideally become a regular affair. This will not only help the consumers but also boost the market”.

Alexa In Hindi Turns One, Now Available on Alexa App