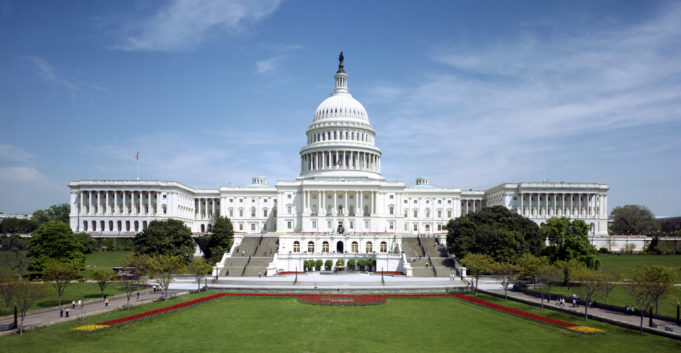 Amritsar, NFAPost: The Bureau of Industry and Security (BIS) announced plans to protect U.S. national security by restricting Huawei’s ability to use US technology and software to design and manufacture its semiconductors abroad.

This announcement cuts off Huawei’s efforts to undermine U.S. export controls. BIS is amending its longstanding foreign-produced direct product rule and the Entity List to narrowly and strategically target Huawei’s acquisition of semiconductors that are the direct product of certain U.S. software and technology.

Since 2019 when BIS added Huawei Technologies and 114 of its overseas-related affiliates to the Entity List, companies wishing to export U.S. items were required to obtain a license.

However, Huawei has continued to use U.S. software and technology to design semiconductors, undermining the national security and foreign policy purposes of the Entity List by commissioning their production in overseas foundries using U.S. equipment.

Commenting on the development, US Secretary of Commerce Wilbur Ross said despite the Entity List actions the Department took last year, Huawei and its foreign affiliates have stepped-up efforts to undermine these national security-based restrictions through an indigenisation effort.

“However, that effort is still dependent on U.S. technologies. This is not how a responsible global corporate citizen behaves.  We must amend our rules exploited by Huawei and HiSilicon and prevent U.S. technologies from enabling malign activities contrary to U.S. national security and foreign policy interests,” said US Secretary of Commerce Wilbur Ross.

(i)        Items, such as semiconductor designs, when produced by Huawei and its affiliates on the Entity List (e.g., HiSilicon), that are the direct product of certain U.S. Commerce Control List (CCL) software and technology; and

(ii)       Items, such as chipsets, when produced from the design specifications of Huawei or an affiliate on the Entity List (e.g., HiSilicon), that are the direct product of certain CCL semiconductor manufacturing equipment located outside the United States.  Such foreign-produced items will only require a license when there is knowledge that they are destined for reexport, export from abroad, or transfer (in-country) to Huawei or any of its affiliates on the Entity List.

To prevent immediate adverse economic impacts on foreign foundries utilizing U.S. semiconductor manufacturing equipment that have initiated any production step for items based on Huawei design specifications as of May 15, 2020, such foreign-produced items are not subject to these new licensing requirements so long as they are reexported, exported from abroad, or transferred (in-country) by 120 days from the effective date.

[1] In May 2019, BIS added Huawei Technologies Co., Ltd. (Huawei) and certain non-U.S. affiliates to the Entity List (with additional affiliates added in August 2019) on the basis of information that provided a reasonable basis to conclude that Huawei is engaged in activities that are contrary to U.S. national security or foreign policy interests.

This information included the activities alleged in the Department of Justice’s public Superseding Indictment of Huawei, including alleged violations of the International Emergency Economic Powers Act (IEEPA), conspiracy to violate IEEPA by providing prohibited financial services to Iran, and obstruction of justice in connection with the investigation of those alleged violations of U.S. sanctions.