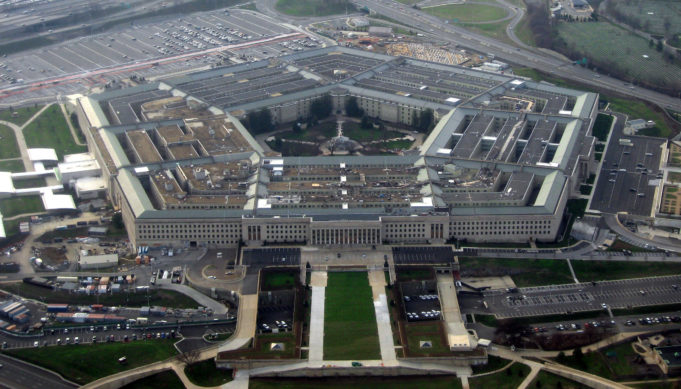 Bengaluru, NFAPost: Despite its proximity to CIA after winning its cloud work and prowess in cloud services market Amazon failed to win prestigious Joint Enterprise Defence Infrastructure, or JEDI cloud contract of Pentagon and given to Microsoft.

The protracted negotiations for the contract thus comes to an end and the US Department of Defence has given the project to build cloud storage system for Bill Gates found company Microsoft for a period of 10-year and for a fixed-price contract worth up to $10 billion.

The US government’s Department of Defence has given more than $11 billion worth 10 separate cloud contracts to different companies. The move comes as part of the Department of Defence (DoD) strategy to implement the DOD Cloud Strategy, replacing the poorly connected current infrastructure to an agile network which will comprise hardware and software with cloud service, migration and integration projects to achieve seamless integration.

Commenting on awarding the project to Microsoft, the Department of Defence said it has has taken another step forward in the implementation of Cloud Strategy with the award of an enterprise general-purpose cloud contract to Microsoft.

“This continues our strategy of a multi-vendor, multi-cloud environment as the department’s needs are diverse and cannot be met by any single supplier. This contract will address critical and urgent unmet warfighter requirements for modern cloud infrastructure at all three classification levels delivered out to the tactical edge,” states the Department of Defence.

This award is the conclusion of a process that began with the release of the first RFI to industry nearly two years ago. Throughout that time, the department’s focus never wavered from the need to support its warfighters with this essential capability. The DoD rejected IBM and Oracle from bidding for JEDI in April primarily because they failed to meet Impact Level 6 security requirements. While Google decided to get out of the project last year after its employees batted against participating in defence work, the DoD rejected IBM and Oracle as these companies failed to meet the impact of Level 6 security requirements for the project.

The project is expected to add an expected value of at least $10 per share for Microsoft and biggest working opportunity with the armed forces of the US. It will also fuel Microsoft efforts to fight against Amazon in the cloud space. The new contract for Microsoft is for two years and also guarantees $1 million. It will also fetch a spending of $210 million spending for a period of two years. The project will be reviewed by the DOD on a regular basis.

The acquisition process was conducted in accordance with applicable laws and regulations. The process cleared review by the GAO and Court of Federal Claims.  At the outset the competition included four different offers.  All offers were treated fairly and evaluated consistently with the solicitation’s stated evaluation criteria. Prior to the award, the department conferred with the DOD Inspector General, which informed the decision to proceed.

DOD Chief Information Officer Dana Deasy said the National Defence Strategy dictates that the US must improve the speed and effectiveness with which we develop and deploy modernised technical capabilities to our women and men in uniform.

DOD will continue to partner closely with industry to bring the best of commercial innovation to bear on behalf of our nation’s warfighters.

Microsoft is working hard in getting a pie in the cloud business space. The company’s employees had rejected joining hands with the US defence department offer for $840 million contract to come up with HoloLens augmented reality technology. But the company has won a small scale project to provide Enterprise Office Solutions programme to the defence establishment. The project, worth $7.6 billion, was awarded to team led by General Dynamics. Besides providing word processing and spreadsheets, the project entails email and file sharing through Microsoft Office 365 products hosted on its Azure cloud.

Amazon expressed surprise over the decision and its spokesman Drew Herdener said AWS is the clear leader in cloud computing, and a detailed assessment purely on the comparative offerings clearly lead to a different conclusion.


“We remain deeply committed to continuing to innovate for the new digital battlefield where security, efficiency, resiliency, and scalability of resources can be the difference between success and failure,” said ,” said Drew Herdener.

Even though Amazon lost out in the race, a recent Gartner study reveals that AWS is an unrivalled leader in global cloud business. Gartner points this considering the fact that Amazon holds almost 48% of global cloud market. Microsoft contribution here is only 16% taking second place.

Microsoft continues to battle rivals like Amazon, Salesforce, Google, and others for businesses to adopt cloud services, and it is forming partnerships with some major players. Global technology companies like Oracle, IBM and Google are coming up with their own strategies to become cloud leader with various technology pieces.