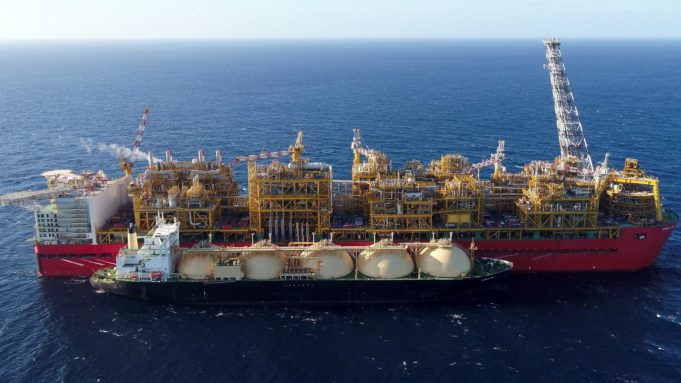 “A team of 60 to 80 engineers from STCB worked in the beginning of the project, including onshore construction at Samsung’s Geoje shipyard (South Korea) and the ship’s sail-away to Australia,” she said.

STCB’s collaborative work environment plays an important role in monitoring systems of over 1000 critical equipment, and over 5,000 process parameters across tens of complex units of Prelude.

The remote monitoring of the ship is necessary as it has very limited capacity and can carry only critical staff are present on board.

“Practically all engineers “see” the asset with eyes of data – a key digitalisation initiative, and take actions based on it,” she said.

Support for the Prelude project started way back in 2012, when the FLNG was still a plan on paper. STCB has continued to support the project through the construction phase, and is currently helping to start-up the asset and produce LNG.

STCB has played a central role in setting up the monitoring systems for 1000+ critical equipment, and 5000+ process parameters.

“As we progress with the commissioning of the facility with hundreds of equipment starting to light up day by day, such monitoring systems are already providing value by alerting us to anomalous conditions, catching potential paths to failure early, and enables optimisation opportunities. It is almost like operating this facility from Bangalore” said Sada Iyer.

The ship contains around 260,000 tonnes of steel – five times more than used to build Sydney Harbour Bridge. Its decks will measure 488 metres by 74 metres which is longer than four football fields laid end to end.

“We are working as an integrated team together with the asset team in Perth to safely start-up and support sustained performance,” said Sada Iyer.

The facility is currently being commissioned 475 km north-east of Broome, Western Australia, where it will extract and process gas from sub-sea wells.

Shell is organized into segments as Upstream, Integrated Gas and Downstream. STCB supports all segments, and Prelude is an example of project within the Integrated Gas segment.

Overall, STCB has engineers and technologists (many with advanced degrees) who support Shell existing facilities, upcoming projects and technology advances in a variety of dimensions.

The centre also houses a demo plant for the IH2 technology. A waste to fuel technology that converts agricultural, municipal and permissible plastic waste into drop-down hydrocarbon fuels

Quantum Computing Market is Expected to Reach $2.2 Billion by 2026