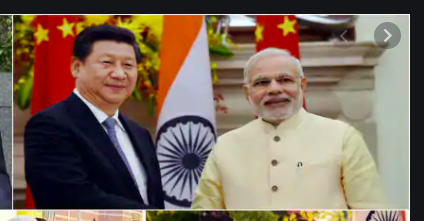 New Delhi: The Chinese government is closely watching developments in matters related to Huawei, as it does not consider it as just an issue of doing business in India’s 5G market, but a window for it to observe Narendra Modi’s policy towards the dragon country.

Chuying made these remarks when he was asked if Chinese officials have suggested countermeasures against Indian government if it restricts Huawei from participation in India’s 5G buildup.

If India restricts Huawei, it could renew tensions Indo-China relationship amidst both countries making efforts to avoid territorial dispute from escalating, hence it is a tough test for New Delhi to strike a balance between its relations with United States and China.

Washington, in June this year, had warned India of punitive action on companies supplying equipment of US origin to the Chinese company or its units, out of espionage concerns.

The issue makes India all the more cautious in the wake of Prime Minister Narendra Modi and Chinese President Xi Jinping’s meeting in Varanasi, which is expected to address trade issues, including a $53 billion trade deficit in 2018-19, in October.

Not only India is facing a dilemma from Trump administration, but also from RSS’ Economic Wing, which has stepped up criticism against Huawei.

In a letter written by Swadeshi Jagaran Manch’s National Co-Convenor Ashwani Mahajan recently, he said India is not yet sure of relying on Huawei.

“Globally, the Chinese companies, including Huawei, are facing allegations that they ‘underbid’ projects, and position themselves and their establishment back home to snoop and enable them to shut remotely, if required be,” he wrote.

Allaying fears on US concerns, Chinese Ambassador in Canada, Lu Shaye, in an article published on February 27 in ‘The Hill Times’, said the US has been fabricating and hyping to the world security issues related to Huawei’s telecom gear.

On the flipside, Huawei is one of the best in the field of 5G technologies, he said.

“The US has repeatedly exaggerated the security risks of Huawei’s 5G technology, causing countries around the world, and especially their network operators, to pay more attention to the prospects of their 5G construction,” he wrote.

Shaye also said the US is not concerned about its national security threats, but is attempting to suppress its competitors through political interference.

“Although the intelligence departments of the U.S.-led Five Eyes alliance have claimed that Huawei’s equipment poses threats to national security, no evidence has been provided so far,” he said.

Shaye also justified his stand by refering to a column written by former head of the British Government Communications Headquarters in Financial Times, which stated that the agency never found evidence of malicious Chinese state cyber activity through Huawei.

He also argued that US law itself required telecom operators to co-operate with government intelligence agencies which is an international practice to safeguard national security through legislation.