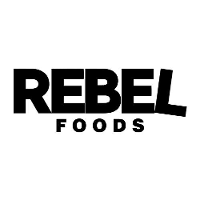 The company, owned by Jaydeep Barman and Kallol Banerjee, run cloud kitchen brands like The Good Bowl, Faasos, Behrouz Biriyani, Lunch Box and Oven Story among others. They claim to have over 1600 restaurants across 18 indian cities. Rebel set benchmark for the food industry by handling 50,000 orders daily across all brands. Started in 2010 as Fasoos Food Services, they rebranded to Rebel foods in 2018 to streamline its operations with other internet food restaurant brands it owns.

Rebel Foods is going ahead with its strategy to compete in the food tech space by raising more funds and raised around 120 million from various investors. The current Series D round is led by existing investors like Sequoia, Lightbox and Evolvence and put a target of $20.9 million.

As per the Ministry of Corporate Affairs (MCA) filings, Rebel Foods has shared 100 equity shares and 667 Series D2 CCPS with Go Ventures.

The cloud chain kitchen company is now present in 12 cities and plans to use its Series D funds for overseas expansion. According to company sources, Rebel Foods plans to expand kitchen networks to over 500 from its current total number of 200.

“We are planning to go ahead with our expansion to Dubai, Indonesia and other Southeast Asian countries. The D Series investment will also help us to strengthen our tech capability, especially in automation and robotics,” said a source privy to the development.

In his blog post on Rebel Foods, Jaydeep explained in length about his vision for the group and going global and internet food industry on the whole.

Earlier this week Rebel foods tied up with Dunzo, – a Google funded last mile delivery company and Sodexo – world leader in digital employee benefits and rewards company. Earlier this year Jaydeep, spoke about his plan to venture into the Middle east.

Besides banking on Swiggy and Zomato like delivery companies, Rebel Foods also serve its clientele using its own delivery workforce via its app.

Indian food tech companies are vying hard to gain their share and the important players are like Unicorn Swiggy, Freshmenu, Box8 and UberEats.