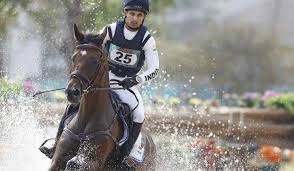 The tournament will witness around 40 to 50 participants from top clubs across India, he said. The winner will get a prize money of Rs 10 lakh over the six months tournament, Virwani said.

Asked about increasing the prize money, he said, “We have been generous in giving out the prize money. Of course, there are no limits for these kind of things.” The tournament will host several dressage, eventing and jumping competitions from across the country, he said.

EPL aims at setting gold standards for equestrian as a premium sport in India and raise it international standards by encouraging and mentoring the equestrian riders during the competition, Virwani said. He further said under the able mentorship of EIRS Director Silva Stori, EPL has created a positive impact on the rising popularity of equestrian sport in India.

EPL has produced several star performers, one of them being 26-year-old Fouaad Mirza who was the first Indians rider to win the first ever silver medal in Asian Games after 36 years, Virwani said. Fouaad alo won silver medal in the Asian Games in Jakarta astride Seigneur Medicott so did the eventing team comprising Fouaad, Jitender Singh, Akash Malik and Rakesh Kumar.